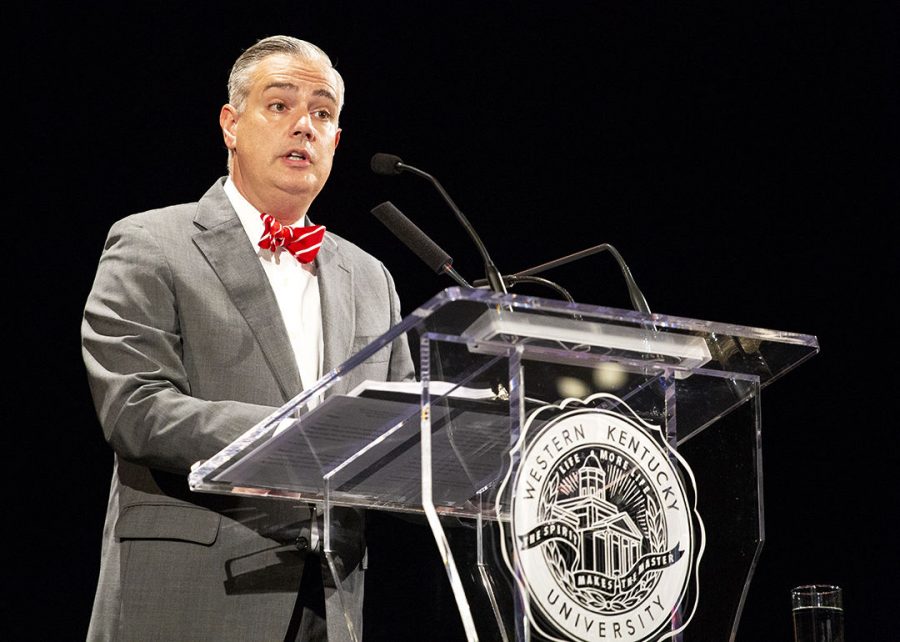 WKU faculty and staff were notified on March 12 of two new initiatives that have been launched as part of President Timothy Caboni’s 10-year strategic plan.

Such a study has not been completed at WKU in more than 10 years.

“The question is what is our compensation philosophy?” Glisson said.

The strategic plan is a “carefully defined roadmap that will guide the university throughout the next decade,” according to the official document. The plan was created in 2017 with six working groups meeting throughout the year and several forums held for public input.

Details of the new initiatives were sent in an email to faculty and staff from Senior Vice President for Finance and Administration Ann Mead. As reported in a recent Herald article, the email said two distinct pathways will be laid out in the initiatives, one for faculty and one for staff.

The initiatives will be conducted through a national consulting firm, Sibson Consulting. Mead wrote in the email that a website will be created to effectively broadcast information about the initiatives.

Student employees, however, will not be included in the initiatives, Glisson said.

For the university and students impacted, Glisson said student employment and student compensation are important. Therefore, he said they should be addressed in a separate project or initiative in the future. He said the primary focus lies on teaching and non-teaching personnel at WKU with the newly announced initiatives.

“What’s more important is examining and assessment of how we pay compared to other similarly situated universities,” Glisson said. “We’re trying to identify problem areas that warrant university attention.”

Glisson said the initiatives are expected to last approximately one year, finishing in the spring of 2020, with focus groups and feedback sessions along the way to accurately gauge feedback from the university.

Faculty regent Claus Ernst said he believes the initiatives will be beneficial, because it is necessary to understand if the current salary benchmarks are still accurate.

“If we make sure people are performing well, the students benefit,” Ernst said.