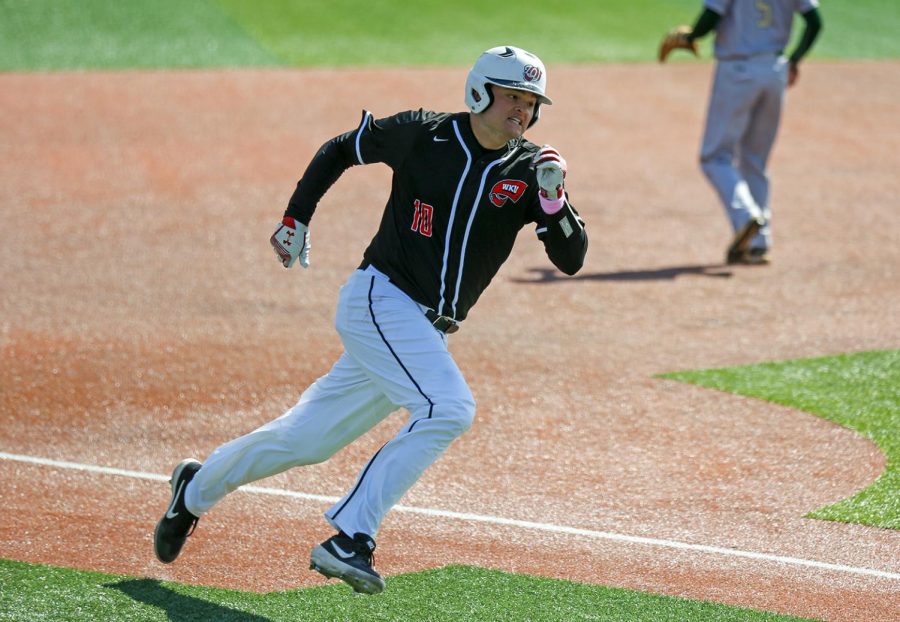 The loss also continues the Hilltoppers’ losing streak against the Governors, stretching it to four games.

“We were trying to mix and match to see who could fit the right situation and I thought hunter Crosby did a great job to start the game and Jack lambert did a great job to finish that up,” head coach John Pawlowski said. “We gave away some runs in the middle innings and offensively we did not get a lot going today.”

The Hilltoppers landed the first punch in the second inning, scoring on an RBI groundout from junior left fielder Ray Zuberer lll. But that was most of the damage they produced for much of the game.

Maddox Richardson came in and immediately gave up a single for APSU to take the lead. He walked the very next batter. Reece Brewer came in for Richardson and hit the first two batters he faced, allowing them to score two more runs to push their lead to 4-1.

Besides giving up the four runs in the fifth, the pitching staff only allowed one run for the rest of the game.

“I think we’ve made some strides. You look at the scores where we’ve been at, I think guys are starting to settle in roles,” Pawlowski said. “Midweek like this we gave some other guys some opportunities to go in there and see what they can do. It’s important for them to develop and get an opportunity.”

The Hilltoppers (9-10) will now hit the road for a four-game road trip. First, a series against conference foe Florida International, and a road game next Tuesday against in-state opponent Eastern Kentucky. This will be the first time this season the Hilltoppers will be away from Nick Denes Field for a road trip, not counting their spring break trip to the Cox Diamond Invitational.

The Panthers have a 10-9 record and will play Florida State before their weekend series with the Hilltoppers. In their first series in conference play, the panthers lost 2-1 to Marshall. WKU lost all three games against the Panthers last season, getting outscored 24-13 in total runs.

“We’re looking forward to going down to Miami, some warm weather finally,” graduate transfer Davis Sims said after Sunday’s win against UAB. “We’re going to be ready to go and give them our best next weekend.”

Over the last few seasons, the Hilltoppers have lost nine out of their last 12 matchups against FIU. The first game of the series starts at 6 p.m. on Friday.