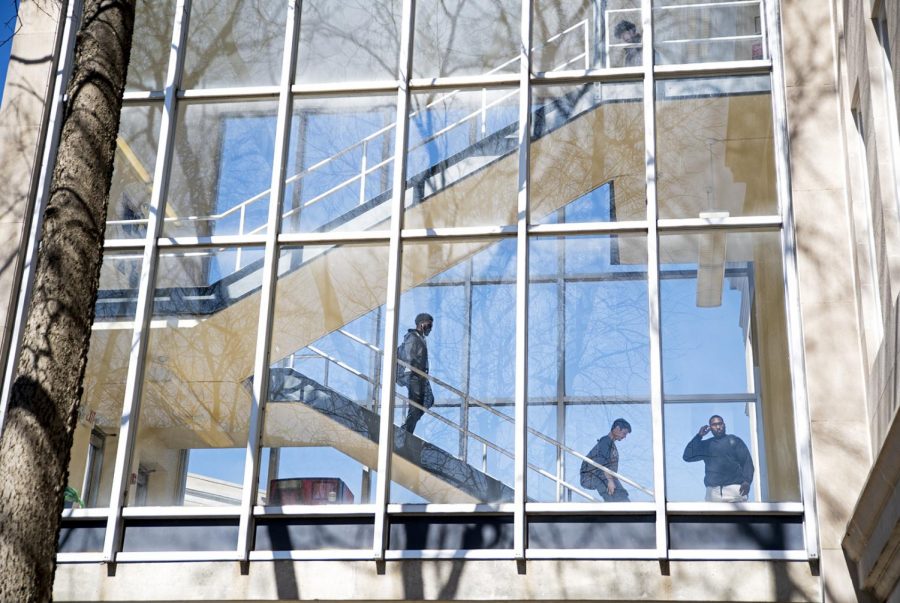 Some buildings on campus, such as Gordon Wilson Hall, pose challenges to students with disabilities.

At WKU, students with a disability register with the Student Accessibility Resource Center. According to the website, registering with SARC starts with a request form and documentation from a licensed professional. After this process, SARC reviews the request and works to meet the accommodations recommended.

“We’re kind of the liaison between the licensed professional and the student,” Davis said.

Davis also discussed Mastering Accessible Possibilities for Students, a recently revived student organization on campus. He said the organization is not just exclusive to disabled students and is open to students who aspire to be special education teachers or want to go into social work.

However, there are some things that SARC can’t do. Megan Allen, a former WKU student from Portland, Tennessee, who majored in theater, has cerebral palsy and uses a powered wheelchair. She also has a speech impediment.

Allen said she faced many struggles during her three semesters at WKU.

“It was very difficult [to] maneuver to my classes,” Allen said. “I couldn’t take some of the classes because they were in areas I could not get to, and they couldn’t move the class because of the equipment that they were using.”

Davis said the SARC office handles student grievances about ADA compliance issues. He said grievances come in many different forms, and SARC mostly handles grievances where students feel they aren’t receiving their accommodations from an instructor.

Allen said she could not physically get to some of her classes in Gordon Wilson Hall because she couldn’t get to the area the classes were located.

“There was one entrance and exit that I could use,” Allen said.

Allen said when she was registering with SARC, the people working at the center were nice and accommodating, and the process was easy.

“Everybody wants an education … that is the goal,” Allen said. “We don’t just get into the classes because we want to, we want to for ourselves and [to] make people in the world know that we are like them.”

Davis said some students may be apprehensive about going to SARC because they don’t want people to know about their disability or they don’t want to deal with the stigma attached to working with SARC. However, he said the office keeps everything confidential and allows students to notify their instructors about their requests.

“We empower students to make that decision on their own once they’re registered with our office,” Davis said.