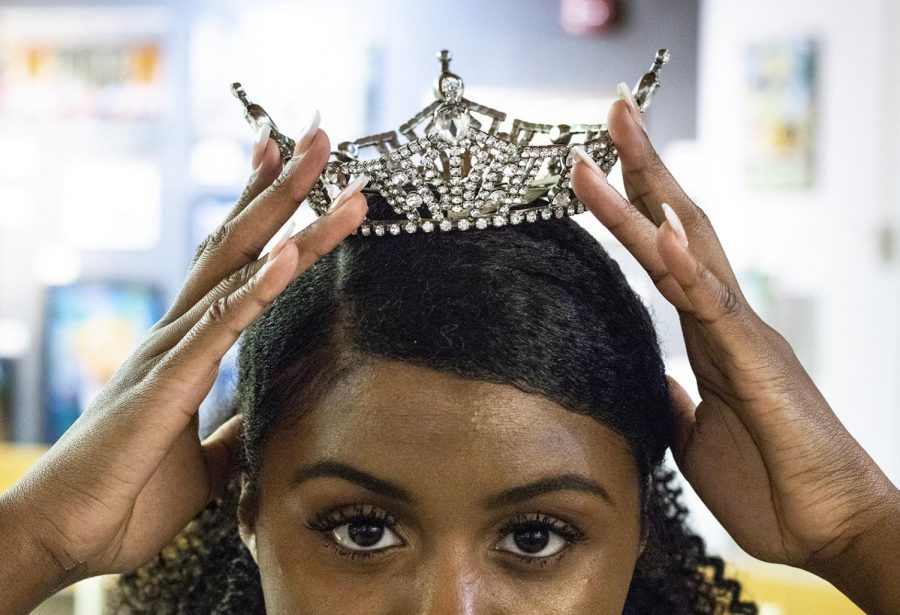 Jazzlyn Hamilton, a sophomore at WKU, is currently preparing for Miss Kentucky 2019. After suffering a severe head injury, Hamilton, decided to use pageantry to advocate for people who have learning disablities or experienced a trauma similar to hers.

When Jazzlin Hamilton was 8 years old, she was rushed to a hospital, leaving her family and doctors uncertain if she would make it through the night.

After suffering a serious head injury and a cracked skull, Hamilton was placed in a medically induced coma. Doctors told Hamilton and her family that she was very blessed. Hamilton said the doctor told her the life she knew had changed forever and that it would take four years for her brain to heal.

In those four years, she wasn’t allowed to cheer, dance, play outside or jump rope.

“It was hard for me to understand why this happened to me but later I realized that I had a purpose in life,” Hamilton said. “I worked day and night to get where I am today.”

Hamilton graduated from Pleasure Ridge Park High School in Louisville as valedictorian of her class, served as vice president of her class all four years, was a leader on the dance team and a member of three advanced choirs.

Now, Hamilton is a sophomore pursuing a degree in broadcasting with a minor in musical theatre.

“Jazzlin is an outstanding, humble, beautiful and caring woman inside and out,” Parker said. “Jazzlin has helped me get through tough situations, and she is always someone I can count on for comfort.”

Due to her experience with overcoming a severe injury, Hamilton decided to participate in pageantry to advocate for people who have learning disabilities or have suffered head injuries. In April 2018, she was crowned Miss Black Western in an annual pageant by Alpha Kappa Alpha Sorority Inc.

Though Hamilton said she had some uncertainty about participating in a pageant in the first place, she said she is very thankful she did.

“I initially did Miss Black Western to meet other girls and build confidence,” Hamilton said. “I am a very confident woman naturally, but I never explored my talents through pageantry.”

Hamilton said she became interested in doing other pageants after being crowned Miss Black Western, which led her to join the Miss America Organization to pursue the title of Miss Kentucky.

Hamilton said she believes it’s more than a competition. She said it’s a way to tell her story and represent people’s stories that are untold.

“I’m the voice for more than just one community,” Hamilton said regarding her status as an African-American and survivor of serious head trauma.

Kristina Gamble, program coordinator for the Intercultural Student Engagement Center, said she truly believes Hamilton will win the Miss Kentucky pageant. Gamble said she admires Hamilton’s story and how it helps her advocate for others.

“Jazzlin has so many positive attributes like her upbeat personality, intelligence and beauty,” Gamble said in an email.

Gamble said because of this, supporting Hamilton is easy.

“She knows where she is headed in life,” Gamble said.

However, Hamilton said every day she wakes up, she is constantly reminded the doctor said she shouldn’t be there.

“My goal is to live my life to the fullest, uplift people, and no matter what distractions are in front of me, always give it my all,” Hamilton said.

Features reporter Mark Webster Jr. can be reached at 270-745-6291 and [email protected] edu. Follow him on social media at @mwebster68.