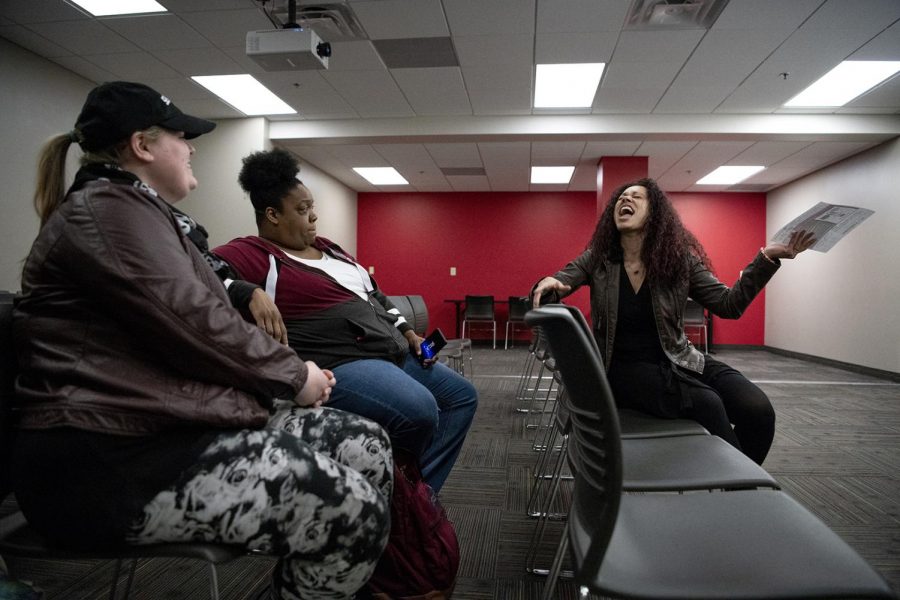 Last week, graduate students, WKU faculty and Warren County elementary school teachers came together to discuss the dynamics of African-American students on campus within a classroom setting and how faculty can better serve students of color.

The lecture series “Black Minds Matters” has hosted three previous events this year, with one upcoming event in May. The discussion held on March 16 covered the topic of campus climate.

During the event, students and faculty discussed work published by Kimberly Griffin, University of Maryland associate professor for higher education, student affairs and international education policy program. She also currently serves as an editor of the Journal of Diversity in Higher Education.

Darrian Evans, a graduate student, and Lacretia Dye, an associate professor and school counseling program coordinator, said they are the minds behind the lecture series.

The lecture was set up to critique a concept called the “growth mindset.” Dye said it was the idea of capturing a mindset within the environment to validate both the effort and ability of African-American learners.

Dye said her concern is that students emphasize or focus on validating their effort rather than their abilities.

Ron Jones, a graduate student, said that as an African-American male during grade school, he believed there were students more capable at excelling than him, and since he played sports, he believed he was doing just enough to get by.

He explained his athletic abilities were better than his academic abilities, and he was not encouraged to improve in the classroom during his freshman year of high school.

“After football season, I was lacking, and the teachers and the coach pretty much left me to excel on my own,” Jones said. “That’s when my mother took me out of football.”

Dye said she has noticed many students are graded harshly when turning in papers because they don’t know the proper format or style and don’t have the right person to help them. Dye said she encourages students to bring papers to her for help.

“A lot of students of color do not know where to start as far as resources on campus and do not know where to necessarily ask for the help,” Dye said. “High expectations are based on the behavior [rather] than their amplitude, and they don’t feel valued, in their mind.”

Dye explained a concept called “white counselor syndrome.” She explained this as white instructors who don’t know how to properly interact with African-American students. She said she believes this is also when white culture sometimes ignores how African Americans have been undermined in society and how helpful it is to have someone to uplift them.

“We want to make sure as professors we make them feel safe and know that they can trust us,” Dye said.

Evans said she appreciates the effort to decorate grade school classroom doors with people of color. She said looking back as a grade school student, other successful students of color were never showcased.

“That way, students of color are able to see people of African-American color excel and do great things within the community,” Evans said, referring to the new initiatives.

Dye said she is adamant about getting students of color on campus to work alongside her in order to provide them with opportunities that other races are positioned in. She said this allows them to not be backstage but rather in the center stage. She said she believes leadership roles are extremely important within the African-American student community on predominantly white campuses.

“As professors, we should convey high expectations where students know that you believe in their ability to succeed,” Dye said.

Personally, Dye said she has been questioned about having a doctorate as though she was not supposed to have one. She added she was informed by others that her race must be proud of her for receiving such an accomplishment.

Journalism assistant professor Rich Shumate said he believes a difficulty for white instructors is singling African-American students out from high expectations and implementing strategies to help them navigate through difficulties.

The final “Black Minds Matter” session will be held on May 4. The session is titled “Promising Teaching Practices” and will explore the black mind’s pedagogy and recommendations for educators of black minds.

News reporter Lakierra DeBerry can be reached at 270-745-6011 and [email protected] edu Follow her on Twitter at @Kierra_DeB.