Alumnus looks to inspire others with memoir about hardships 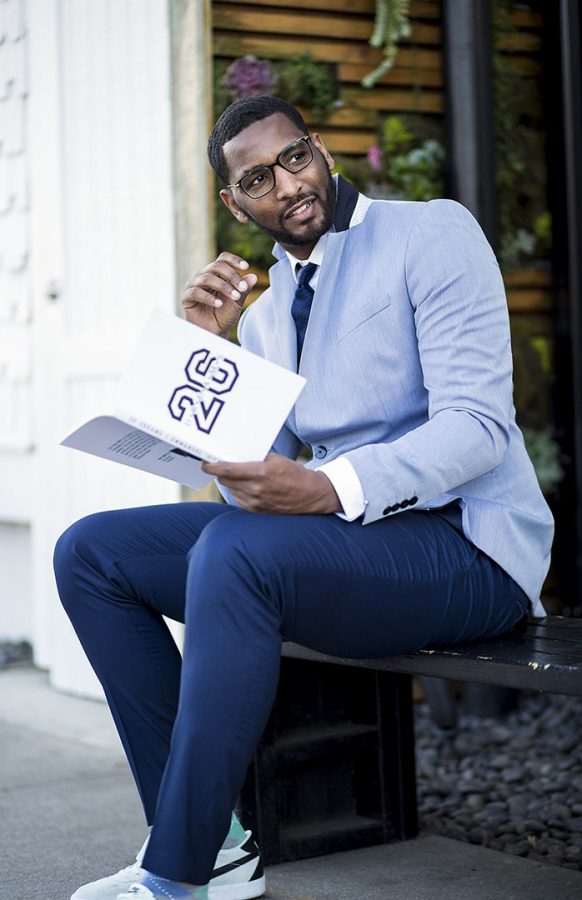 WKU alumnus Emmanuel “Gift” Clack, a self-described freelance entrepreneur, said his life changed forever when he shattered his ankle during a basketball game at the Preston Center.

“It wasn’t obvious at the time, but that injury led me to suffering with depression afterwards,” Clack said in an email. “[I] started to question life and my reason for being alive.”

Clack said he faced difficulty after the injury, losing his job and eventually getting evicted. He moved back with his parents and, unable to walk, spent much of his time by himself in his parents’ basement.

“Thinking became my only escape,” Clack said. “It was also my biggest adversary.”

Soon after Clack turned 26 — two years after his life-altering injury — he decided to spend 26 days living on the streets of Los Angeles.

“There was this internal feeling that I needed to ‘fix’ things by completely removing myself from any form of comfort and seeing if I’d sink or swim,” Clack said.

His original idea was to shoot a video diary that he could turn into a documentary of his time in LA, but years passed, and he left the footage alone. Then, a friend named Zeycan proposed an idea that would evolve into “26 Dreams,” the book Clack published in 2017.

“We were having a discussion one day, and she suggested that I write a book about my life,” Clack said. “It was that simple.”

In the process of writing “26 Dreams,” Clack sifted through the video diaries he shot in LA.

“Watching those old videos was nostalgic,” Clack said. “It was like watching somebody who was no longer here. The person I was then is no longer around.”

Clack, who has been writing professionally for about nine years, described the endeavor of writing “26 Dreams” as therapeutic.

“There were certain parts I cried writing about,” he said. All told, the process of writing and editing “26 Dreams” took about a year and a half, Clack said.

“I wrote much of the book on my phone, believe it or not,” Clack said. “I’d email it to myself, then copy and paste it into a Word document.”

Clack said he wrote much of the book “while walking down the street, at the gym, while on the train or airplane or in the bathroom” because he’s prone to writer’s block when actively trying to write.

“Those 26 days made him realize that life is made for the living and that there are so many people who have lost their way and are satisfied with being content,” Shakeeya said in an email. “He is here to help people realize there’s so much more to life.”

James French, a WKU alumnus who Clack described as one of his best friends in college, agreed the 26 days were a turning point for Clack.

“His time in LA living homeless took a great deal of strength and courage,” French said in an email. “It is something I would have never been able to do. I respect that.”

Clack said “26 Dreams,” though called a book, doesn’t completely fit into the category.

Shakeeya described “26 Dreams” as “a physical manifestation of [Clack’s] purpose in hopes of helping and inspiring others to live their dreams.”

“The whole process was rewarding from start to finish,” Shakeeya said.

French, who has also read “26 Dreams,” said he thinks it inspires readers to “just let go and go after their dreams.”

“What my book shares is how an individual made a conscious decision to find their truth,” Clack said. “This ultimately led to them realizing that life is a facade. There’s no right or wrong. The most important thing is having peace and finding happiness.”