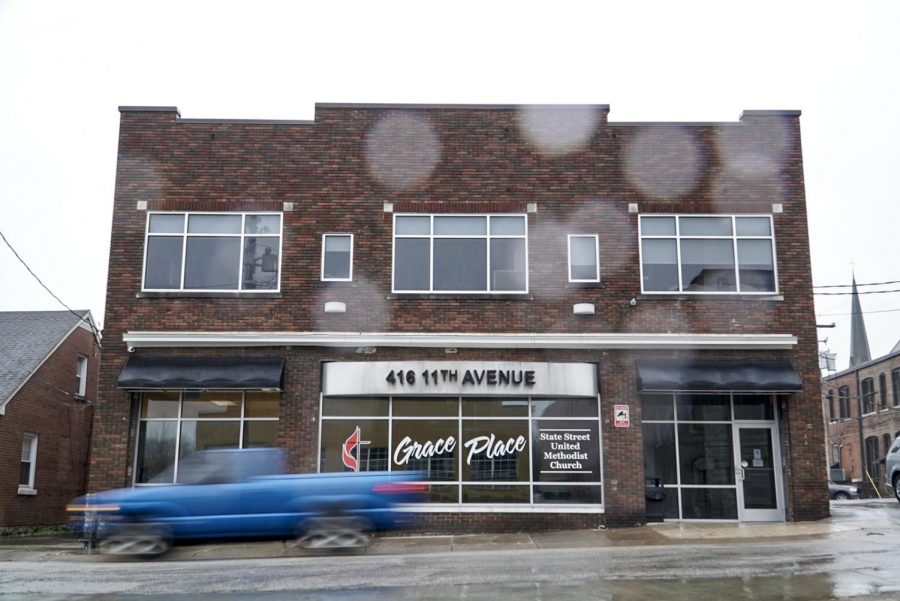 Located on East 11th Ave., the Salvation Army of Bowling Green offers Room in the Inn which was established to assist those that cannot stay at our permanent year-round shelter. Approximately 20 local churches are involved in Room in the Inn Bowling Green and they are hoping to add several more this year.

These boxes are stacked on shelves at Room in the Inn in downtown Bowling Green, waiting for their owners to return each morning and evening. They are filled with seemingly simple things that mean the world to the people to whom they belong.

“I can see the need, and I can see the change,” Sharli Rogers, who has worked with Room in the Inn since it came to Bowling Green in 2013 and now works as the nonprofit’s program coordinator, said.

Room in the Inn has its origins in Nashville, Tennessee, and has spread to more than 40 locations, Rogers said. It’s a winter shelter, meaning it is open from November to March each year. It provides a place to sleep, shower and eat and connects guests to other services accordingly.

Room in the Inn is not alone. Rogers said it has 800 volunteers annually. It also partners with many other churches and organizations in the Bowling Green community.

George Ransdell, a dentist and State Street United Methodist Church’s coordinator for its ministry with Room in the Inn, has been working with the homeless for many years and was excited to have his church join with the nonprofit.

Ransdell said he supports Room in the Inn because it immediately gets people off the streets and gives them a place to sleep and a warm meal to eat.

Rogers said Room in the Inn partners with 17 churches in Bowling Green to provide beds for the homeless who come through and register at the downtown office. Twenty-one church congregations volunteer with the nonprofit throughout the winter months. Other programs such as Hope House and Hotel Inc. also partner with Room in the Inn and the community.

Nonperishable, protein-packed food items were stacked next to the front desk. Jars of peanut butter and foil packages of tuna lined the side. These donations came in last week after Room in the Inn sent out a request for more food items. The community has always been supportive of the nonprofit, Rogers said.

Despite being tucked away on one of downtown’s one-way streets, Room in the Inn continues to impact the people of Bowling Green.

“The guests are really appreciative,” Karrick said. “I get lots of hugs from people.”

Karrick has been volunteering with Room in the Inn since its beginning and has formed friendships with the people her church serves.

“I don’t find them hard to work with at all,” Karrick said.

The guests are grateful for the community’s kindness and often lie down on their temporary beds in complete exhaustion. The guests’ conditions prove straining for them and those who serve them.

“You want to help everyone of them, but you can’t,” Ransdell said.

Some of the people who pass through the doors at Room in the Inn struggle to get back on their feet. The longer they are homeless, the harder it is for them to get out of homelessness, Rogers said.

Karrick said it is hard for her to watch the same people return year after year not able to find housing.

The hardest thing for Rogers, she said, is having to turn away people from the shelter because its capacity has been reached. She said another homeless shelter might be helpful, but what Bowling Green really needs is solutions. These solutions, Rogers said, could include more affordable and accessible housing options.

Many of the homeless people Rogers works with struggle to earn enough money to afford an apartment. They might be able to pay for monthly rent, but they sometimes cannot afford to pay the initial down payments and first month’s rent.

However, watching guests reach their goals and grow, get housing, earn a job and sometimes reconnect with family is one of the most rewarding things for Ransdell, he said.

Karrick said people often approach homeless people with trepidation, and so did she when she first began volunteering many years ago. Since those first years serving the homeless community, Karrick and Ransdell have both grown close to the people they serve.

“The more interaction you have with them, the more you understand them,” Ransdell said.

Rogers said Room in the Inn serves the young and elderly alike and has even served WKU students. People you would never expect, Rogers said, show up every season, which is fitting, given the inn’s motto: “Love thy neighbor.”