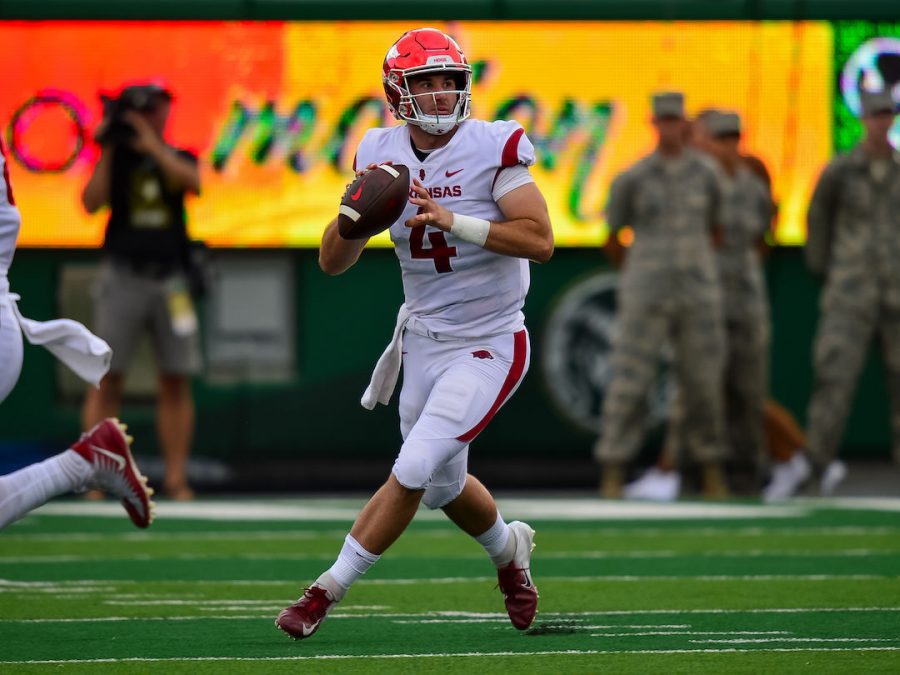 Former Arkansas quarterback Ty Storey announced on Instagram this morning that he will play for WKU as a graduate transfer next season. Storey played in 10 games for the Razorbacks last season, throwing for 1,584 yards and 11 touchdowns.

Storey will join a quarterbacks group that already includes Steven Duncan and Davis Shanley, both of whom started games last season, as well as Kevaris Thomas, the four-star recruit to ever sign with WKU.

“We are excited to add Ty to our team,” head coach Tyson Helton said in a press release. “His experience as a starting quarterback in the Southeastern Conference adds a veteran presence to our roster, and we are looking forward to continuing his development at the position this upcoming season.”

Helton said on National Signing Day that he would like to add another quarterback to the roster.

“You never know how that’s going to play,” Helton said. “In my ideal world, it’s to have four or five. Quarterback position will be a position we evaluate for sure coming out of spring and just see if there’s anybody that’s worth of us trying to get.”

WKU opens the season on Aug. 31 at Houchens-Smith Stadium against Central Arkansas. The Hilltoppers will face Storey’s former school on Nov. 9 in Fayetteville, Arkansas.