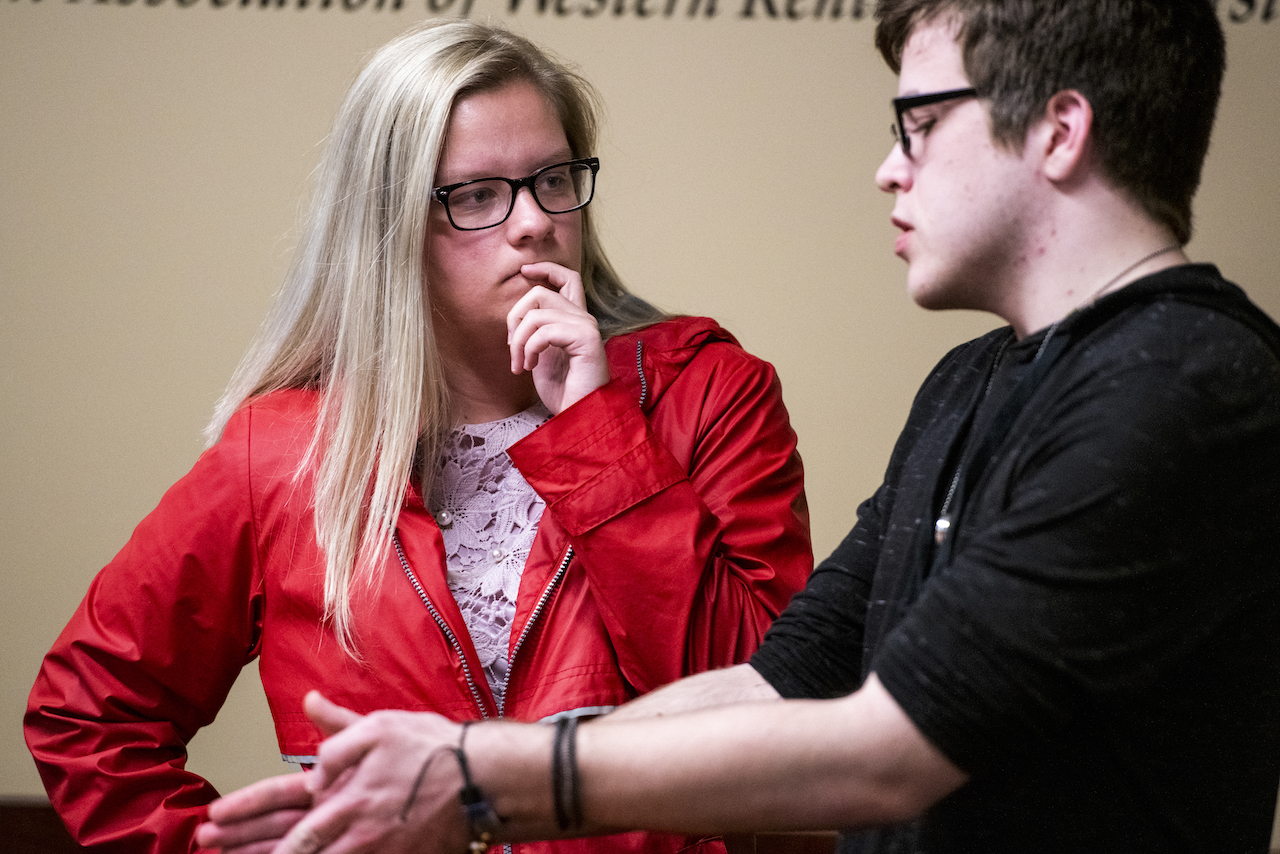 Authors of bill 2-19-S, Amanda Harder and Jayden Thomas, discuss questions asked by members of the Student Government Association during a meeting in Downing Student Union on Feb. 12, 2019.

The bill was authored by Sustainability Committee chair Jayden Thomas and Committee for Academic and Student Affairs chair Amanda Harder. Thomas said he believes the current requirements of the scholarships cause an instance where students can receive scholarships while not expressing financial need.

“What a lot of people do not understand is that financial need and [academic] merit go hand-in-hand,” Thomas said, “I don’t think it’s fair to award scholarships to the same people who get them over and over again.”

During debate on the bill, an amendment was proposed by Senator Josh Zaczek, which stated that students who are in need of financial aid are not exempt from applying for the scholarship multiple times.

Various motions around the bill began to snowball from there. At the time the bill was pulled, five different motions surrounding it were made, ranging from amendments to a 30-second time limit on any further debate.

“I think this debate is indicative of the fact that our Senate is doing what it is supposed to do,” Speaker of the Senate Asha McWilliams said.

McWilliams also said she spoke to several members of SGA about revisions to the bill.

Thomas said he and Harder will rewrite the bill, and the revised Bill 2-19-S will be presented at the next SGA meeting Tuesday, February 19. If approved, the new requirements for study abroad scholarships would not take effect until Fall 2019.

SGA also approved two funding bills during the meeting. Bill 5-19-S, an Organizational Aid bill, calls for the allocation of $500 to both the Modern Languages Club and the Korean Pop Culture Club, and $250 towards the Student United Way. Bill 5-19-S was passed in a 31-1 vote.

Bill 6-19-S, authored by SAVES Committee chair Amy Wyer, calls for the allocation of $500 from the Senate Discretionary Fund towards WellU to fund the Healthy Days Fair, which will be held on March 27. This bill was passed with a unanimous 32-0 vote.