Quit Stahl-ing: Bearden, at this point, is Stansbury’s best option 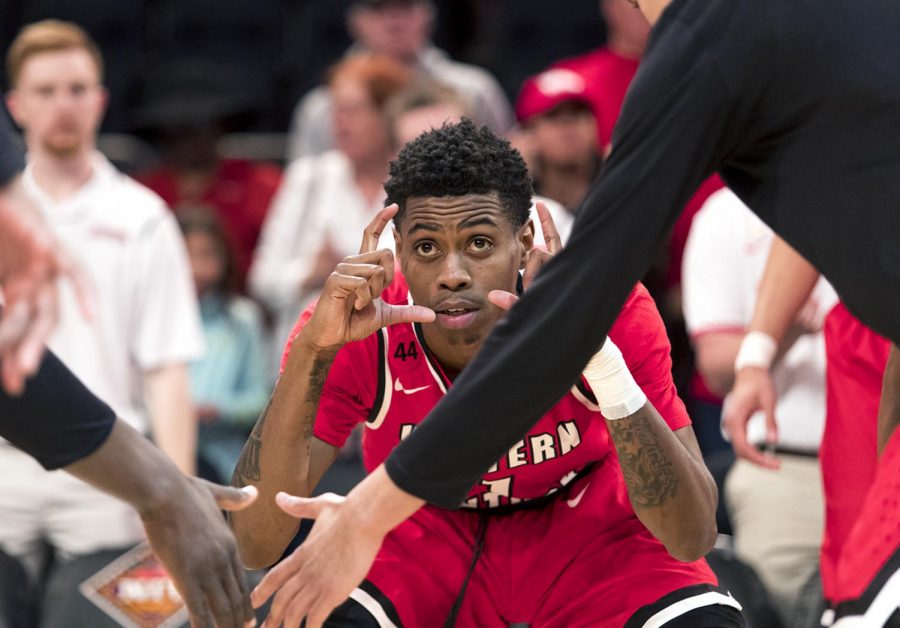 Lamonte Bearden is certainly not without his flaws. He takes stupid shots, can be a ball hog and might not take the game seriously enough at all times.

But right now, Bearden is the best option at point guard for Rick Stansbury’s Hilltoppers.

“I think he’s been for sure the best he’s been all year long for us,” Stansbury said. “I think he’s getting a little more rhythm, continuity to his game.”

A good part of this is the fact Dalano Banton has not looked good as of late. After balling out in some games early in the season while Bearden was academically ineligible and even following his return, Banton has struggled recently, especially early in games, a fact not lost on Stansbury.

Banton will be an extremely solid player in the coming years. However, right now, teams have him figured out. He’s still a freshman, though, so some time on the bench should do him some good.

Beyond Banton’s performance, Bearden has absolutely earned the starting job. He shined during the last road trip, going for four assists and 10 points against Southern Mississippi, and in the recent home stand he went for seven assists and 22 points against Texas-San Antonio.

“Regardless of starting or coming off the bench, I’m just trying to give the same energy when I came out there,” Bearden said.

Early in the season, it seemed Bearden might be on the verge of squandering his talent. Following an ill-advised temporary entry into the NBA draft, he returned to the Hill and promptly became academically ineligible for the start of the season.

The team was less than thrilled with Bearden’s attitude at that time.

“We told him, ‘You got to get your stuff together, man, and understand that we need you on this team,’” freshman center Charles Bassey said. “So right now he understands, he knows that we need him, he needs us.”

Following his return, Bearden started out slowly. He played decently against Troy, scoring 12 points, followed by an 11-point performance against Belmont. However, with both contests ending in defeat for the Hilltoppers, Stansbury was looking for more out of him.

“I thought [Bearden] came off all those ball screens really looking to score way too much,” Stansbury said after the Troy loss. “Way too much. You gotta get the ball moving.”

Following some games where Stansbury buried him on the bench, with even the television announcers speculating that he was in the doghouse, Banton started struggling, especially early in games. Bearden started playing more and more minutes, starting after a tough home loss to Florida International.

Bearden played 26 minutes against Florida Atlantic, going for 11 rebounds and an assist in the loss, and has played more minutes than Banton every game since. The UTSA game was his real coming out party, and even though he didn’t show as much on the scoresheet, Bearden played extremely well against UTEP, making some key passes, including a nice bounce pass under the basket to set up a monstrous dunk by Bassey.