Students use Etsy to make money off art productions 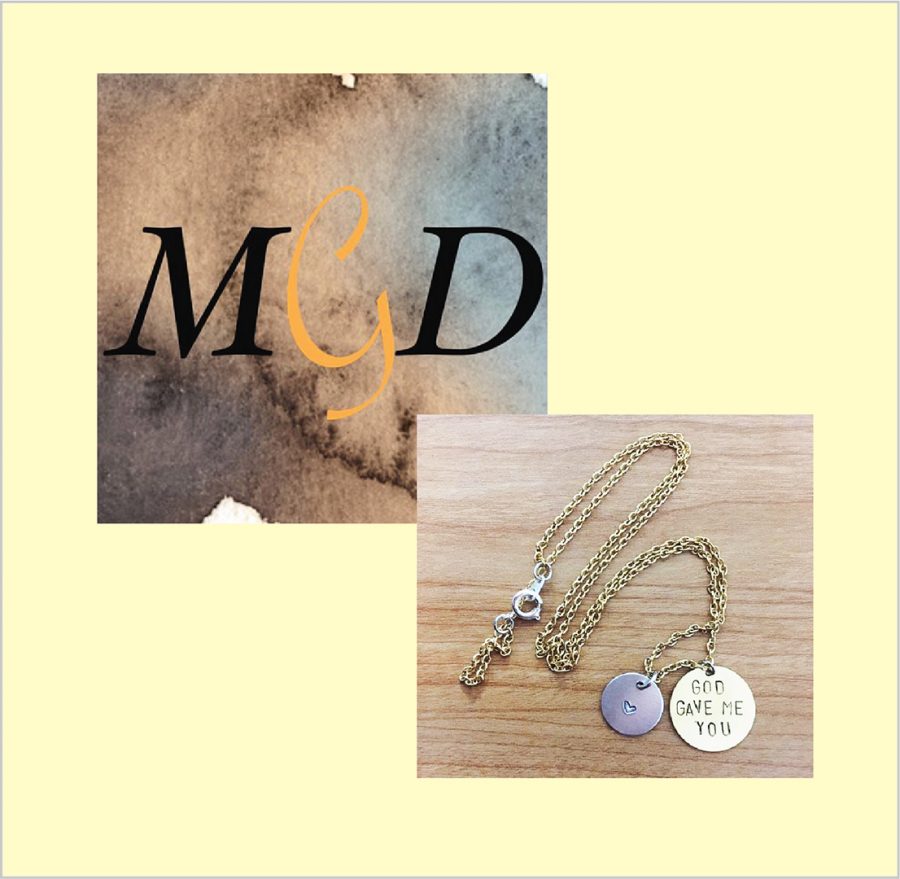 When she began her hobby of metal stamping, junior Morgan Hershey never expected she would turn her crafting into a budding business. However, that’s just what she did when she decided to open her own Etsy shop.

Hershey’s shop, ModernGoldDesigns, features metal stamping and beadwork. She said the idea was born simply out of boredom in that she wasn’t exactly looking to make a profit but wanted to have the tools and skills to create things for herself.

“I had a lot of free time, and this decision was born out of Pinterest,” Hershey said. “I was looking at the things I was looking to buy on Etsy, and I decided that if I was going to spend money, I might as well just make it for myself.”

Hershey began creating things for herself and those close to her. She depended primarily on networking with family and friends to get her shop up and running, she said. “My network has been mostly local with Facebook groups and sororities on campus, but Etsy is really user-friendly and teaches you how to market yourself,” Hershey said. “It will take you step by step, give you tips along the way and give you information on how to take pictures or price your items.”

Thanks to these features on Etsy, Hershey said she’s learned a great deal about marketing herself and her products.

Junior Emma Bates, who also owns an Etsy shop, said her experience with Etsy has taught her about the ins and outs of business: everything from how to market, how to photograph the product and how to price an item.

“I’m good with saving money, but when it comes to figuring out how much to sell things for in order to make your money back, I’m not great at that,” Bates said. “I’m still learning about pricing.”

Bates’ shop, DoseOfRealityDesigns, features metal-stamped bracelets and items with customized calligraphy. Bates has been practicing her craft for over a year and said she always knew she wanted to do something with her products. For her, creating an Etsy shop was the more reasonable choice.

“I chose Etsy because I knew people that had been on Etsy, and I had already ordered from it. I was familiar with its program,” Bates said. “I like it because it’s really easy to navigate, and the way they have it set up for shop owners is very easy.”

Etsy gives shop owners statistics on how many people are looking at their pages and posts, which Bates said she used to help grow her customer base.

Though Bates started her shop her sophomore year, it has recently begun taking off.

“I’ve been getting a lot of traffic and using the information from Etsy,” Bates said. “I’m learning how to reach out to more people.”

WKU alumna Sydney Hitchel began her craft in order to create a pair of earrings she wanted. From there, Hitchel says her company, BlueGrassDesignsCo, began almost by accident.

“When I began Bluegrass Design Company, I had no real intentions of starting a business, much less one of this magnitude,” Hitchel said.

Hitchel’s store features handmade druzy jewelry as well as hand-lettered items such as stickers and T-shirts.

For Hitchel, Etsy allowed her business to take off, as she has completed around 3,500 sales through her shop.

Hitchel said that though her sales vary depending on the month, she usually makes anywhere between $2,000 and $9,000 in a month.

“Through running this business, I have learned a lot about myself. It may sound cliché or slightly arrogant, but I am really doing well with this business,” Hitchel said. “Running a small business by yourself is stressful, I can- not even deny that, but there isn’t a day that passes that it isn’t worth it.”

Each shop owner said they strengthened various personal skills through opening and expanding their shops. They all also found rewarding experiences through their interactions with customers.

“I started doing this thinking that at least it will be good for me, but I never thought it would be so rewarding,”

Hershey said. “Making a piece that someone is looking forward to so much is amazing.”

Bates said she remembers speaking with a woman who had searched for a year to find a piece that had a phrase that reminded her a loved one who had passed.

“I told her that I could make it for her,” Bates said. “She started crying, and it was so touching. It took me barely any time, but it had taken her so long to find it. To see that something I made meant so much to her, it was so important.”

For Hitchel, the customers are what make the time and energy she puts into the shop so memorable.

“I am always amazed at how kind my customers are,” Hitchel said. “It is almost like a little family or community that has formed around my Etsy shop. I have a few customers in particular who are very loyal to the business, and I know them by name and have grown friendships with them through my business. This business has truly shown me such a wonderful side of people.”