Social Justice Salon speaks on value of community in education 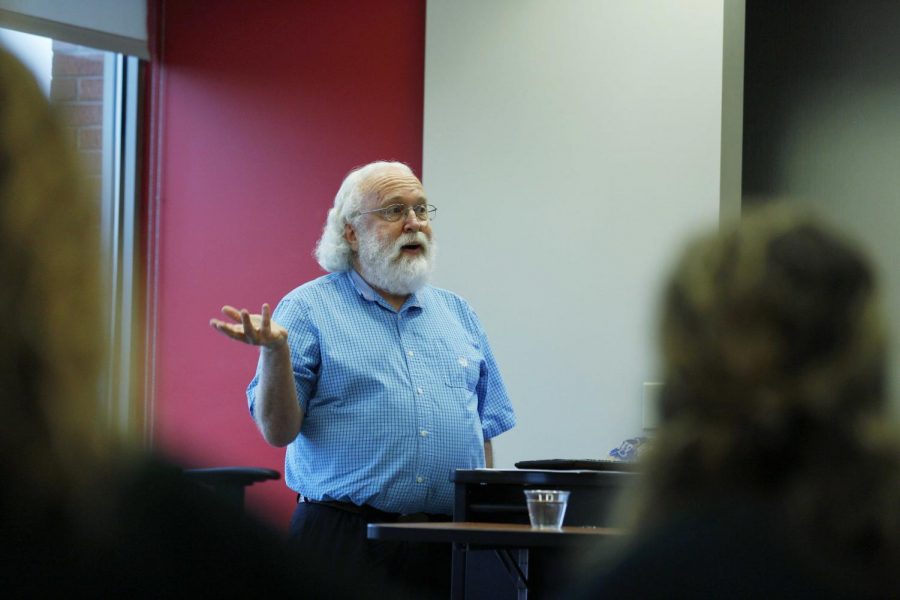 The Social Justice Salons provide an opportunity for campus and community members to gather for discussion of societal issues rooted in citizenship or social justice. Evans, who holds a doctoral degree in folklore and American studies from Indiana University and currently teaches at WKU, spoke about the importance of the community in education.

“Since the expansion of public schools in the United States in the 19th and early 20th centuries… the emphasis has continued to be, generally speaking, to educate us out of our local communities and into a shared American public culture,” Evans said.

Evans said this emphasis on a shared American culture empowers people politically and economically by enabling them to have a voice and a shared civic dialogue. He said this also creates a false dichotomy, making many believe they must leave their local community behind to enter public life.

“There is an alternative model for the relationship of education to community, a model that embraces community and the idea that education is reciprocal,” Evans said. “Students learn as much, if not more, in their communities as in their classrooms, and the best pedagogy, arguably, integrates the two.”

Evans said literacy in any sense is not just taught, but is socially acquired within the community. As an example, he spoke of the differences between a typical classroom teacher and an indigenous teacher, a person who teaches but is not a teacher in the academic sense of the word.

He also reached out to the audience and asked them to recall some of their favorite classroom and indigenous teachers, and think about what made them so influential on their education. Sue Lynn McDaniel, professor and special collections librarian at WKU, recalled her former history teacher and the impact he had on her.

“He put you in the mindset, and he valued what you were interested in and continued to mentor me through the rest of my life,” McDaniel said. “He was the only professor I had on the Hill who, the time would just disappear, the bell would ring and he’d still be talking.”

She contrasted this with an example of an indigenous teacher: her father, who through stories related to her cautionary tales, taught her the philosophy of dealing with human beings and instilled in her a respect for education. Evans asked if these two kinds of teachers were in separate worlds, how they were different, and how they were the same.

McDaniel said she believed she was so open to her history professor’s style of teaching due to the prior education she had received indigenously from her father.

“I don’t have a profound conclusion, but I believe there’s ways of bridging community and classrooms in virtually all disciplines and topics,” Evans said. “Every kind of official knowledge has a counterpart in unofficial knowledge, or at least knowledge outside of the academy, in community traditions and community activism.”

The next lecture in the Social Justice Salon series will be hosted by WKU professor Saundra Audrey March 19 in DSU and will be titled, ‘Women and Men are Equal?’.