Hilltoppers stumble at ODU in first game of bonus play 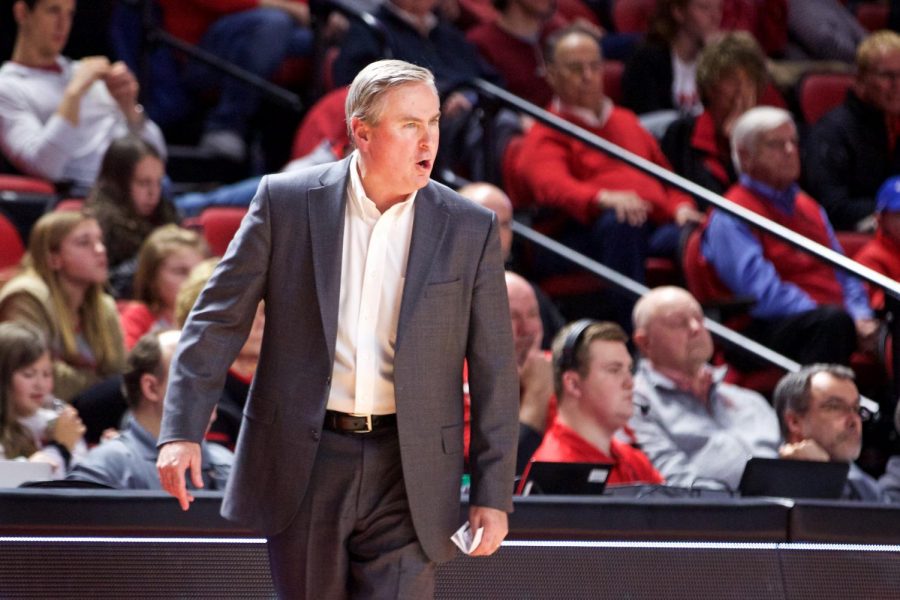 The WKU men’s basketball team dropped its second straight contest after a 67-63 loss at Old Dominion.The Hilltoppers fall to 9-6 in conference play and 16-12 overall.

Head coach Rick Stansbury said that he liked his team’s performance in the second half, but acknowledged that his team did not play well enough in all 40 minutes to win the game.

“I thought we were really good in the second half,” Stansbury said. “But again, You gotta be really good for 40 minutes on the road. You can’t get yourself behind at halftime You leave too many things to chance down the stretch.”

Stansbury believed that Green was the difference in the matchup.

“Green is the guy that hurt us all day long,” Stansbury said. “He was six for nine from the 3-point line. He was the one guy. Give him credit. He stepped up and made a huge shot to tie the ball game up.”

WKU shot a much higher percent than Old Dominion at 47 percent compared to 39 percent. But the Monarchs hit nine 3-pointers compared to just two for WKU. The Hilltoppers were outrebounded for the third consecutive game, losing the margin 36-32.

The Monarchs hit their first three shots, take an early 7-2 lead. The Hilltoppers would respond, however, with a 7-0 run to take the lead. Junior wing Jared Savage hit a 3-pointer to start the Hilltopper run.

Freshman center Tolu Smith and Hollingsworth helped WKU extend the lead. The Monarchs would eventually get it going on offense with Green and Stith leading the surge and answering WKU with a 7-0 run of their own.

Senior center Elbert Robinson III would beat the buzzer with a layup and the Monarchs took a 26-21 lead into halftime.

Bearden led WKU with six points and two assists in the half. Green and Stith scored eight and seven points each. Neither team shot the ball well with percentages under 35 percent and both teams combined for 20 first half turnovers.

Both teams went back and forth until an Old Dominion run pushed the lead to five with 13 minutes left in the game. Caver scored five consecutive points during the stretch.

Hollingsworth and Savage scored six straight points for the Hilltoppers to tie the game at 45 with nine minutes remaining.

A Bassey bucket and foul gave the Hilltoppers the lead, but Green responded with a 3-pointer the next Old Dominion possession.

The teams continued to battle and the lead changed multiple times. Bearden gave the Hilltoppers a three point lead late with a layup, but the Monarchs used another Green 3-pointer to tie the game once again.

With the score tied, Bassey was blocked at the rim by center Dajour Dickens and Old Dominion broke the tie the next possession with a Green jumper.

Stansbury said that he  did not agree with the no-call.

“To me it’s a very obvious foul,” Stansbury said. “He got fouled.”

The Hilltoppers will look to rebound this upcoming Thursday against Alabama-Birmingham. Tipoff is set for 6:30 p.m. in Birmingham.