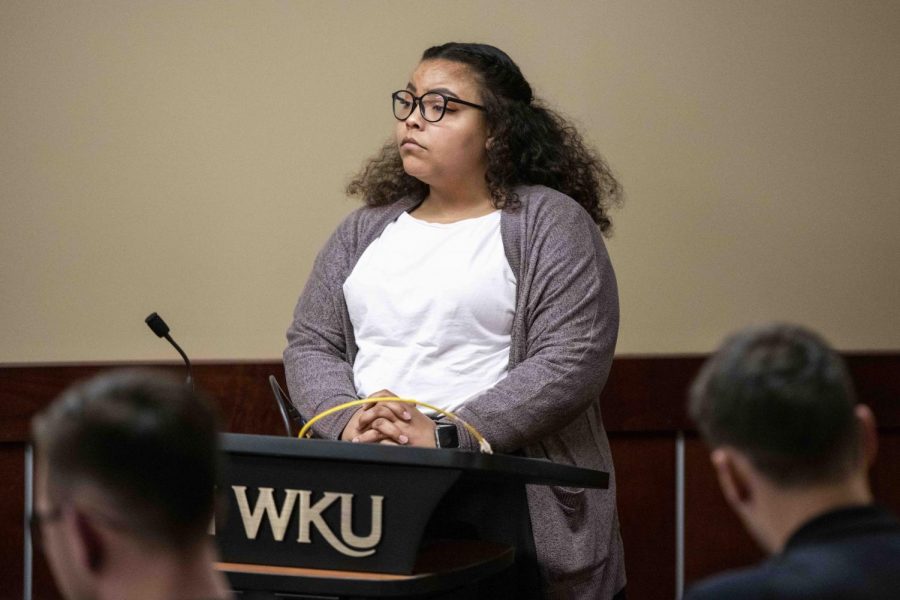 The Student Government Association voted Tuesday to relocate a marker near the Kentucky Museum. The marker identifies Bowling Green as the Confederate Capital of Kentucky during the Civil War.

Before the resolution was due to be presented, a whereas amendment was made to move the marker to a display in the Kentucky Museum.

As reported in a recent Herald article, SGA senators Kara Lowry, Conner Hounshell and Symone Whalin authored Resolution 1-19-S, arguing that the marker is a reminder of oppression against people of color, especially black individuals.

“This was a really good first step,” senator and resolution co-author Kara Lowry said. Lowry added she thinks there is a lot left to do to create “real change on campus.”

Lowry said the decision to relocate the marker as opposed to removing it completely was made in order to alleviate concerns that history was being erased.

“I think that is a good compromise for people who believe that [the marker] is preserving history,” Lowry said.

Following a lengthy session of debate and discussion, the resolution was passed by SGA in a 29-to-1 vote with one abstention

Meyer said if the Administrative Council would like more information on the resolution it will then be brought before the University Senate.

SGA also passed Bill 11-19-S, which calls for the allocation of $1,000 towards the WKU Mock Trial Team. The money will assist them in attending the Opening Round Championship Series Tournament, a national championship competition for collegiate mock trial teams. Bill 11-19-S was passed with a 30-to-1 vote with one abstention.

SGA meets every Tuesday in the Student Senate Chambers in Downing Student Union. SGA will not meet next Tuesday, March 9.