Topper Extra: Rice by the numbers 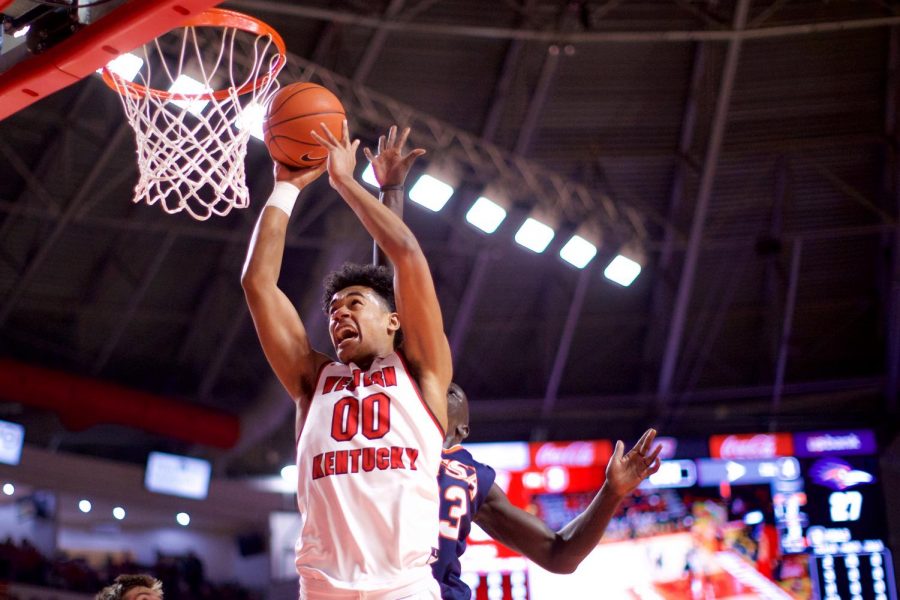 Following a home stand in which they came away with two big Conference USA wins, the Hilltoppers will head back on the road to take on the Rice Owls as the C-USA season starts to draw to a close. Here are 10 important numbers to preview the matchup.

85-66: The last time the Hilltoppers faced Rice was back in February 2018. WKU dominated the game, scoring the first 10 points of the game and never trailing. The Hilltoppers picked up an 85-66 win.

9-14: The Owls have accumulated a record of nine losses and 14 wins this season. Their C-USA record stands at 4-6. WKU holds an overall record of 13-10 and a C-USA record of 6-4. ESPN has given the Hilltoppers a 75.2 percent chance of winning when they face the Owls at Tudor Fieldhouse on Thursday.

-2.8: So far this season, Rice has averaged 75.5 points per game, which is good for fourth place in C-USA. But Rice has given up an average of 78.3 PPG, putting its scoring margin at -2.8. That puts the Owls 11th in the conference in scoring differential. The Hilltoppers are now averaging 72.1 PPG and their competitors are averaging 71 PPG, giving them a scoring margin of 1.1, which places them ninth in the conference.

The final score was 65-61 in Rice’s favor. When WKU took on Charlotte back in the beginning of January, the Hilltoppers also came out with the victory, 68-50.

14: On Saturday, Rice fell to Old Dominion, the top team in C-USA. Five Rice players finished the game in double digits, but the game ended in an 80-76 loss. Freshman guard Chris Mullins led the team in scoring with 14 points. He also had five assists. Mullins leads the team in scoring this season with 12.7 points per game.

48: Freshman guard Trey Murphy III leads the team in 3-pointers with 48 on the season, averaging 2.1 per game, which places him at fourth place all-time on the Rice freshman list and at 15th in C-USA for 3-pointers per game.

6: On Jan. 7, forward Jack Williams was named C-USA Player of the Week. In the Owls’ game against ODU, he picked up his sixth double-double of the season. Williams averages 10.2 points and eight rebounds per game.

-2.2: Rice and WKU have both been struggling with turnovers this season, with the Hilltoppers ranked 10th in C-USA and the Owls right below them in 11th place. Rice has averaged 13 turnovers per game so far this season, while its opponents have averaged 10.8, giving the Owls a turnover margin of -2.2.

27.3: WKU and Rice have similar rebound stats this season. They are tied for fifth place in C-USA in defensive rebounds, averaging 27.3 per game. In offensive rebounds, WKU tops Rice with an average of 10 per game compared to the Owls’ average of 9.6 per game. Rice’s rebound margin of 1.1 puts it at eighth place in C-USA, while WKU’s margin of 3.7 puts it at fifth place.

90.8: Junior guard Ako Adams leads C-USA in free-throw percentage, shooting 90.8 percent. Adams has been averaging 11.8 points per game this season with a field goal percentage of 41.2, and a 3-point percentage of 39.8 percent.