EDITORIAL: Ky. Gov. sticks his foot in his mouth (again) with ‘soft’ comments 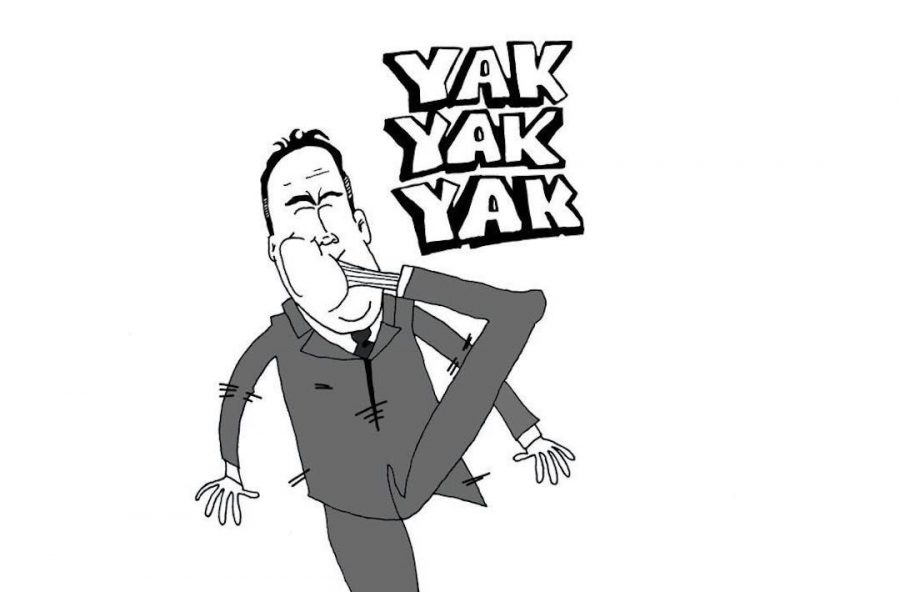 Issue: Gov. Matt Bevin’s comment about Kentuckians being “soft” for canceling school was another example of him spreading anti-education rhetoric which matches his policies, hindering higher education across the state.

Our stance: Kentuckians deserve a governor who supports education in his words and actions instead of repeatedly demeaning students and teachers.

The polar vortex, which took over the Midwest last week, killed over 20 people in the United States and made the temperature feel like negative 15 degrees Fahrenheit outside in some parts of Kentucky. Children aren’t safe outside once windchill reaches minus 13 degrees, as frostbite can set in at a rapid pace, making Bevin’s comment not only ludicrous but also dangerous.

Bevin’s comment would seem out of place for most politicians, but this is just the next example in a long line of anti-education comments from the governor since he took office in December 2015. When over 35 school districts were closed due to teacher protests in April 2018, Bevin said teachers were at fault for any child who was molested, beaten or injured at home while teachers were protesting.

Even worse is Bevin assuming children are always safe in school, as the United States had 288 school shootings from 2009 to May 2018, while France, Germany, Canada, Japan, Italy and England had a combined five in that time period.

In February 2016 he said taxpayers shouldn’t have to support students who want to study French literature, instead suggesting those benefits should be reserved for students with STEM (science, technology, engineering and math) ma- jors.

What is Bevin’s undergraduate degree in, you might ask?

Along with earning his degree outside of the STEM field from Washington and Lee University in 1989, Bevin became fluent in Japanese and even studied abroad in Japan.

“I understand the desire for STEM majors, because they can bring an immediate improvement to Kentucky, but non-STEM fields also bring benefits,” said Eric Finn, a Chinese and East Asian religions and culture major. “We need professionals from Kentucky who are prepared for the global world. [WKU] says we’re [an American] university with international reach, but how far does that reach go with just STEM fields? I think Bevin should understand the importance of an international and diverse student body.”

A student who majors in French literature could follow the same path as Bevin and study abroad in France, learn more about a different country’s culture and return to their university as a more well-rounded student with unique experiences to share.

Kentucky’s education problems extend beyond Bevin, though. Last April a new state budget was approved by the Kentucky General Assembly that would cut public college funding by 6.25 percent over the course of the next two years. The approval of this would also mean tenured faculty members could lose their jobs if their curriculum was canceled, endangering students with non-traditional majors like the ones Bevin criticized.

Bevin also berated Judge Phillip Shepherd of Franklin Circuit Court in May 2018, calling him the “most incompetent hack of a judge” after he declined to let Bevin depose sworn out-of-court testimonies from multiple plaintiffs during a hearing about Kentucky’s new public pension law.

Bevin also supports arming teachers in order to prevent school shootings along with Republicans like Rep. Robert Goforth. A few months after the Marshall County and Parkland shootings, Bevin blamed the deaths on violent video games, too much cell phone use and overmedicating children while maintaining guns were not the issue, saying kids brought guns to show-and-tell at his school growing up and no one was killed.

Kentuckians, especially students, should keep these moments in mind as the election for governor approaches this year. This isn’t a totally partisan issue, as three Republicans have already declared to run against Bevin. Instead, this more of an issue of choosing someone who will fight for students and educators while giving them the respect they deserve.