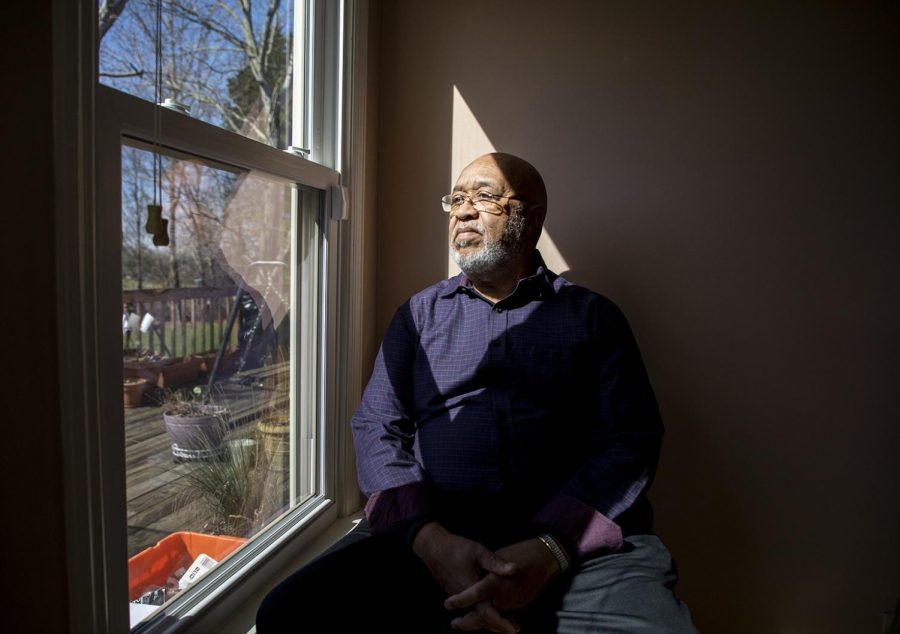 Howard Bailey, of Middlesborrow, Ky., has been retired for four years and had worked 45 years at WKU in varieties of titles from being a resident assistant to his last job as Vice President at Western. "Working with people is all I like," Bailey said. "Get to know as many people as possible that are different from you and get involved with as many activities that your GPA will suffice." Bailey keeps busy even after retirement by being involved in teaching classes, Black male mentoring groups, and Advising for Kappa Alpha Psi fraternity.

Imagine being followed down the street as you walk to city hall or being intentionally made uncomfortable every time you walked into a restaurant. All because of the color of your skin.

Howard Bailey experienced this when he was a WKU student in the late 1960s. He later went on to work as an administrator at WKU, and he retired from his job as the vice president of student affairs in December 2015.

Bailey grew up in an eastern Kentucky coal-mining area, he said. Despite living with seemingly lesser means, Bailey said his parents made sure he and his sister had outside influences.

He said he remembered when his family first bought a television. Only two channels came in, and the family always watched the news. His family read the Courier-Journal and a local newspaper, as well, and Bailey’s father would discuss the news at dinner with his family, Bailey said.

Bailey was a third-generation college student, but he was the first one in his family to go to a predominantly white institution. He said Bowling Green was very racist, but “be aware that Western was ahead of a lot of institutions by letting us in.”

Gail Ruble worked with Bailey from 1992 until Bailey retired in 2015. Upon retiring in July 2017, she had served as administrative assistant in the Office of Student Affairs at WKU. Ruble said she worked closely with Bailey, and the two developed a friendship. She said she still works with him on projects, even in retirement.

“He approaches everything and gives it 110 percent,” Ruble said. “He’s had to work hard for everything he’s ever accomplished.”

In his time as a student and administrator, Bailey brought a lot of change to WKU. As a student, he was a co-founder of one of the first African-American fraternities on WKU’s campus, Kappa Alpha Psi, he worked as WKU’s first African-American resident assistant, and he advised administrators on how to work and interact with students of color. As an administrator, he defended the rights of students and fought to bring minority faculty, staff and students to WKU and to recognize them. He helped establish the first disability office, too.

“For a long time, he was the only African-American administrator, and a lot of people didn’t know what to do with that,” Ruble said. Bailey was a student when Martin

Luther King Jr. was assassinated, saying it was a day of “strange reflection” for him. Two administrators called to ask him how he thought African-American students might react, he said. They saw him as a student leader even though he said he had not previously seen himself as one.

“I wonder why in the hell they called me,” he said with a laugh.

Ruble said some African-American and international students suspected Bailey would always favor them when he stepped into student affairs, even if those students were in the wrong. Many white students, faculty and staff, Ruble said, also thought Bailey would give a preference to students of color, but that was not the case.

“He treated all students the same,” Ruble said. “He did not see color.”

Lynne Holland worked under Bailey for more than 10 years before he retired, and she currently works as the assistant vice president, dean of students and chief diversity officer.

She laughed when recalling working with Bailey and said he was and is full of a formal education in addition to wisdom and knowledge outside the institution. “If Howard had not been here, the advances we have made would not be here,” Holland said.

Holland said she and many other faculty, staff and administrators would not be in the positions they are if Bailey and other predecessors had not paved the way and been fearless in confronting big issues, as well. She also said she believes it was sad it took so long for someone to be “the first.”

Holland and Ruble both talked about Bailey’s importance to black history in Bowling Green and at WKU. They spoke even more about his importance as a person, his kindness and his empathy.

“I think it is important to know your history, because we tend to repeat it,” Bailey said of Black History Month. Bailey, along with countless others who have trail-blazed in civil rights, is an important part of our community’s history. As Ruble said, “I feel very fortunate to have known him, worked with him and befriended him.”