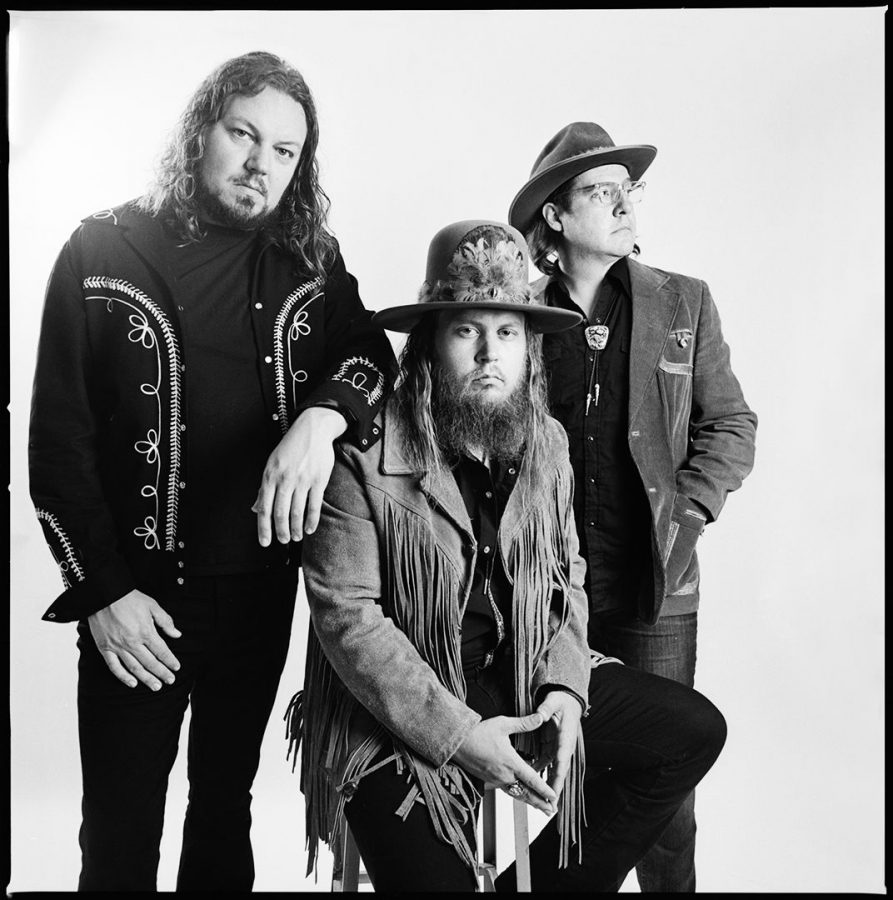 Nashville country-rock band The Steel Woods formed in 2015 when guitarist Jason “Rowdy” Cope and guitarist and vocalist Wes Bayliss became friends and began writing music together by the Harpeth River in Tennessee. Paired with a mutual friend and business partner, the three bought an old shuttle bus to help with touring.

“We basically got a shuttle bus and converted it into a tour bus,” Cope said. “Wood floors, steel ceiling. No joke.”

After recording throughout 2015, the band gained local interest by burning its own three-song CDs titled “The Steel Woods” to personally hand out to construction workers in downtown Nashville. Cope said bringing the band’s music “straight to the people” and remaining humble is something The Steel Woods continues to strive toward.

“We’ve been our own crew and techs for a long time,” Cope said. “I think doing it this way makes you really grateful.”

In 2017, the band recorded its first full-length album, “Straw in the Wind,” alongside current The Steel Woods members Jay Tooke and Johnny Stanton. The album featured guest writing from Grammy-nominated musician Brent Cobb on the album’s final song, “Let the Rain Come Down,” which Cobb recorded his own version to on his debut album, “Shine On Rainy Day.” On June 10, 2017, “Straw in the Wind” peaked at number 42 on the “Independent Albums” chart put out by Billboard.

The band released its sophomore album, “Old News,” on Jan. 18. Cope said he believes “Old News” is a testament to The Steel Woods’ musicianship.

“We’re trying to promote real musicianship,” Cope said. “What you hear on the record—it’s not doctored up. We tried to keep it as pure as possible.”

Cope said this was done by employing a recording technique known as “live tracking,” where a band records a song not individually by instrument but together as if performing live, on many of the album’s songs. Cope said this technique allowed the band to keep its music genuine.

“We recorded that thing 95 percent live,” Cope said about “Old News.” “We wanted to capture that feeling.”

Over a week since its release, “Old News” debuted at number 18 on the “Americana/Folk Albums” chart released by Billboard on Jan. 2.

Cope said The Steel Woods is grateful for the chance to share its music with anyone who cares to listen.

“It’s a dream come true,” Cope said. “I’m just grateful for the opportunity, and it’s exciting to make this piece of art and get it out to the world.”

The band is currently on a nationwide tour to promote “Old News” and has no plans of slowing down, Cope said. He added that in 2016 alone the band traveled enough miles to cover the circumference of the Earth twice.

In part with its tour, The Steel Woods is set to perform in Bowling Green at The Warehouse at Mt. Victor on Saturday. The band’s other tour dates may be found on its website. Cope said he loves performing in Bowling Green on account of its proximity to Nashville, the band’s home base.

“I like when it’s on the map,” Cope said about Bowling Green. “We just get to bounce right there, bounce right back. I play there, and I’m sleeping in my bed at night.”

Cope said interested concertgoers may expect music across the band’s varied discography, most of which might be best described “southern-rock” or “blues-rock” country music.

“We’ll be playing songs off both our albums on 11,” Cope said.

The concert is open to all ages and is available for $12 to all WKU students who present a valid student ID at the door. Other tickets are $15 for standing and $20 for sitting. The show is set to begin at 7:30 p.m. with opening performer Josh Card and is expected to end around 10:30 p.m. The Steel Woods is expected to begin performing around 8:45 p.m. All other questions may be referred to The Warehouse at Mt. Victor’s website.

As many of the performers he’s seen over the years have gone on to perform at venues such as the famous Ryman Auditorium in Nashville, Deaton said he believes The Steel Woods aren’t far off.

“They’re gonna be huge,” Deaton said. “It won’t be long until they’re headlining at the Ryman.”

Reporter Griffin Fletcher can be reached at 270-745-2655 and griffin. [email protected]