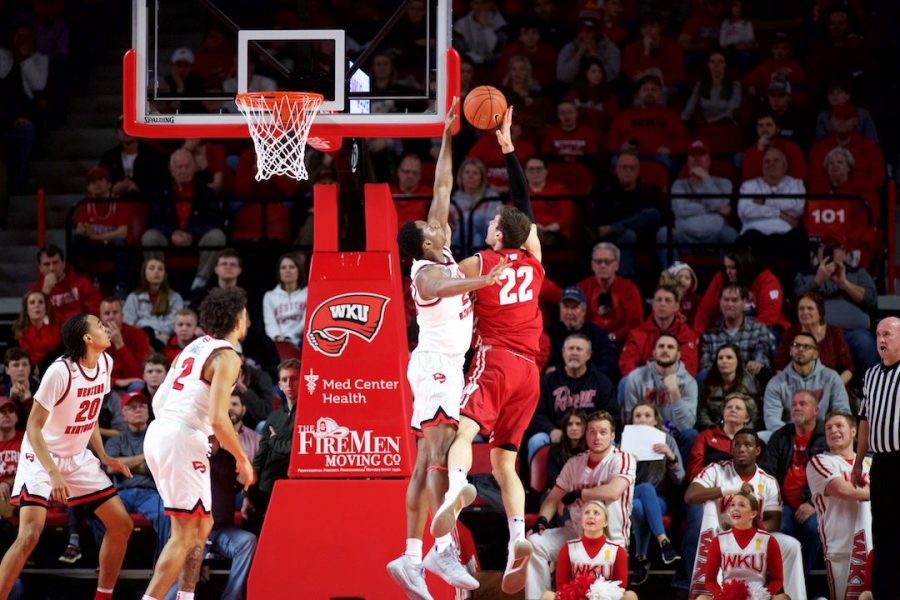 Freshman center Charles Bassey was awarded his fourth Conference USA Freshman of the Week award following a standout performance in the Hilltoppers’ upset win over No. 15 Wisconsin.

Bassey scored 19 points in the 83-76 victory over the Badgers and also added six rebounds and four blocks in the winning effort.

Another major contribution to the win by Bassey was his defensive effort on Wisconsin’s Ethan Happ.

Happ also struggled to guard Bassey, allowing him to go 7 for 8 from the field, but not having to double-team Happ on defense was the key for the Hilltoppers.

“He can back him down, or try to back him down as much as he wants to,” sophomore guard Taveion Hollingsworth said of Happ going up against Bassey. “As long as Charles is there, I knew he was either going to block it or he was going to have a good contest.”

The Hilltoppers’ next game will be Thursday, as they hit the road to take on Charlotte. The game will be WKU’s first conference game of the year.