Helton already inspiring confidence for Hilltoppers to bounce back 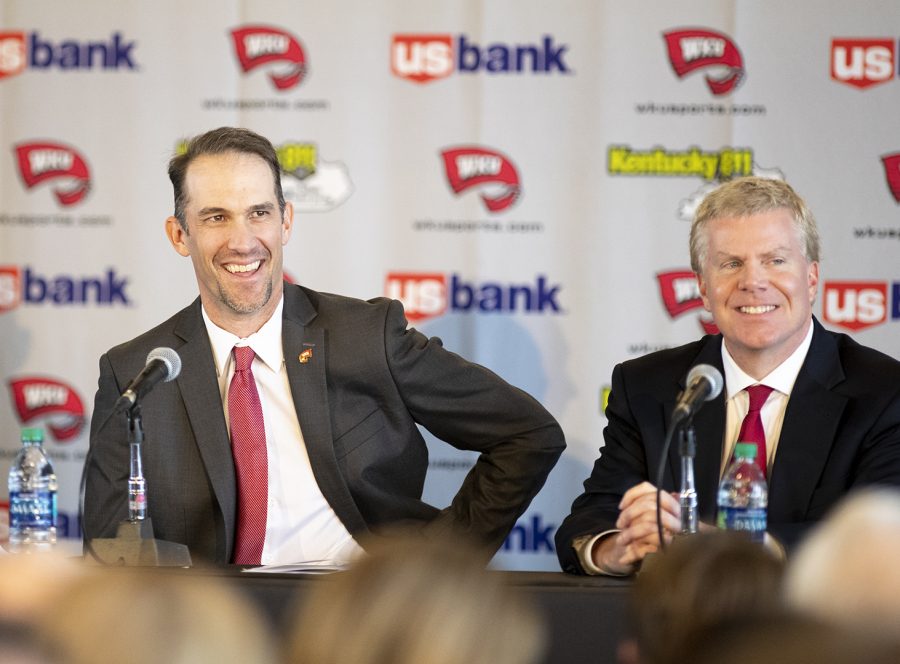 New WKU football head coach Tyson Helton has stirred up excitement over his planned return to a Jeff Brohm-esque brand of football since he was hired to replace Mike Sanford. Helton held a team meeting on Sunday, which proved to be no exception.

“The meeting went great,” Helton said. “Guys were really excited, really happy to be back, ready to work. Had a great look in their eye, so we’ll see about a month from now if we’ve still got that same look.”

Helton also spoke of how his job has changed since early signing day.

“It’s slowed down a little bit,” Helton said. “Not a lot. I think the early sign- ing day helps a lot, so you can take a little bit of a deep breath, and then you come back after the holidays, and you get going on the recruiting trail again, and you really get to identify some needs.”

Helton said he didn’t have a set number of players he wanted to sign and that he was moving forward to getting the players who are already on the team ready to go for the season. Helton signed 17 players to his first signing class during the early signing period.

“I just like our team right now. I really do. Have that same feeling when I first came back here in 2014,” Helton said. “Hopefully we can keep developing and make something happen.”

Helton also spoke about WKU’s spring football game, which he announced at Friday’s basketball game will take place on April 13.

Wide receiver Lucky Jackson shared his excitement about getting to play in Helton’s offensive system, which Helton says will return the team to the days of airing it out offensively with a dynamic passing attack.

“It’s a receiver’s dream when you hear things like that,” Jackson said. “Just because there’s plays out there for you to make. No other place a receiver would rather be.”

Jackson also spoke about some of his goals for the remainder of the offseason and for spring practice.

“Just getting faster,” Jackson said. “Stronger, learning the game mentally. Kind of correcting some of the mistakes that I had throughout the season last year.”

Defensive lineman Juwuan Jones also spoke on Sunday and discussed his surprise about being named a Football Writers Association of America Freshman All-American after last season.

“I guess I did enough to become freshman All-American,” Jones said. “Thank god every day for that.”

The Hilltoppers, who finished last season 3-9, will start the 2019 season with a home game against Central Arkansas on Aug. 31 at Houchens-Smith Stadium.