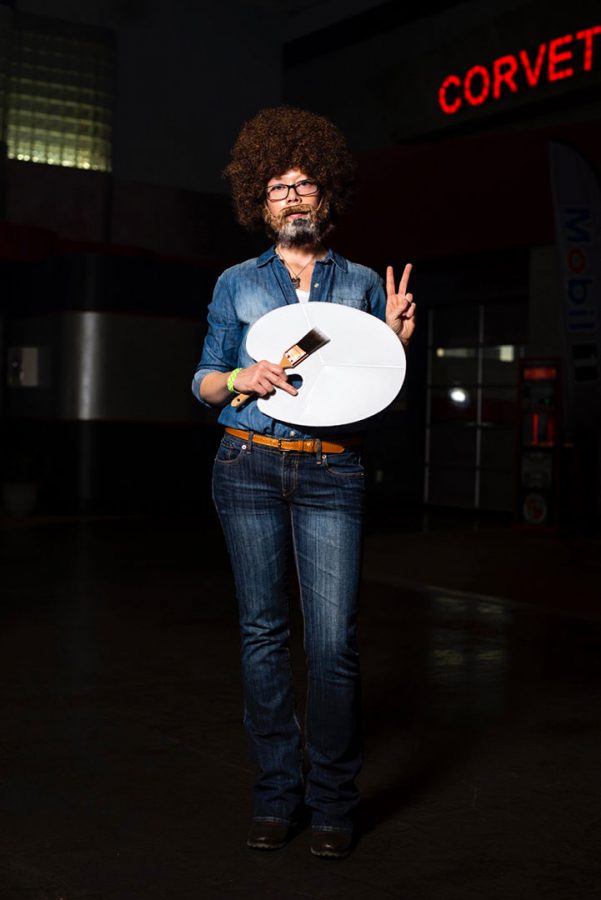 Katrina Burch, 34, decided to do her first cosplay when her daughter showed interest in it. Burch is a professor in the psychological sciences department at Western Kentucky University who just moved to town from Vancouver, Washington last July. Burch said her daughter wanted to cosplay for the first time for the Vette City Comic Con and asked if she would cosplay with her to which Burch said, “sure but I’m going as Bob Ross.”