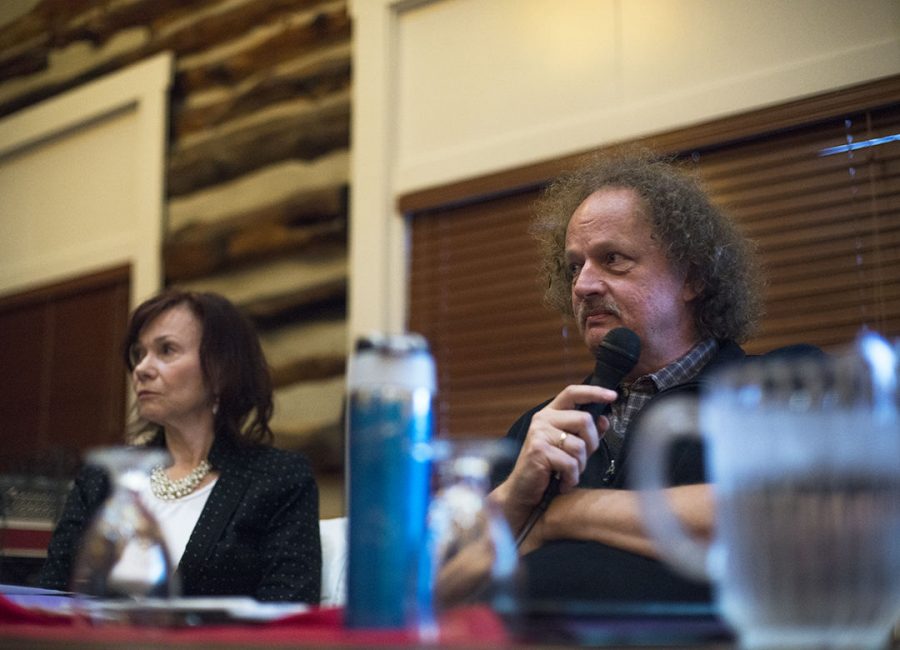 In the first University Senate meeting of 2019, Faculty Regent Claus Ernst presented a report to the Senate about a postsecondary education symposium he attended with other members of the Board of Regents in Louisville, hosted by Gov. Matt Bevin.

The main speaker at the event was Arizona State University President Michael Crow. Ernst said he found several similarities from Crow’s talk between the student body at ASU and WKU, and WKU should look into using a similar data-driven retention analysis.

“The student body at this university isn’t that much different from ours, in the sense that they have a lot of first-generation students and a very large Hispanic minority,” he said. “Essentially, their freshman retention rate is 85 percent.”

WKU has a current first to second year retention rate of 69.9 percent, according to the 2018 WKU Fact Book.

Provost Terry Ballman also spoke to the Senate about the newly-formed Comprehensive Academic Program Evaluation university-wide committee, which she announced in an email Wednesday, Jan. 16. The committee will begin to review programs submitted by the college-level committees Feb. 1.

Also at the meeting, the University Senate approved reports from its various committees and the proposed changes to the official Senate Charter.

One of the main changes to the Senate Charter involved changing language about the former six academic colleges at WKU. University College was dissolved in 2018 following budget recommendations from President Timothy Caboni, leaving five academic colleges.