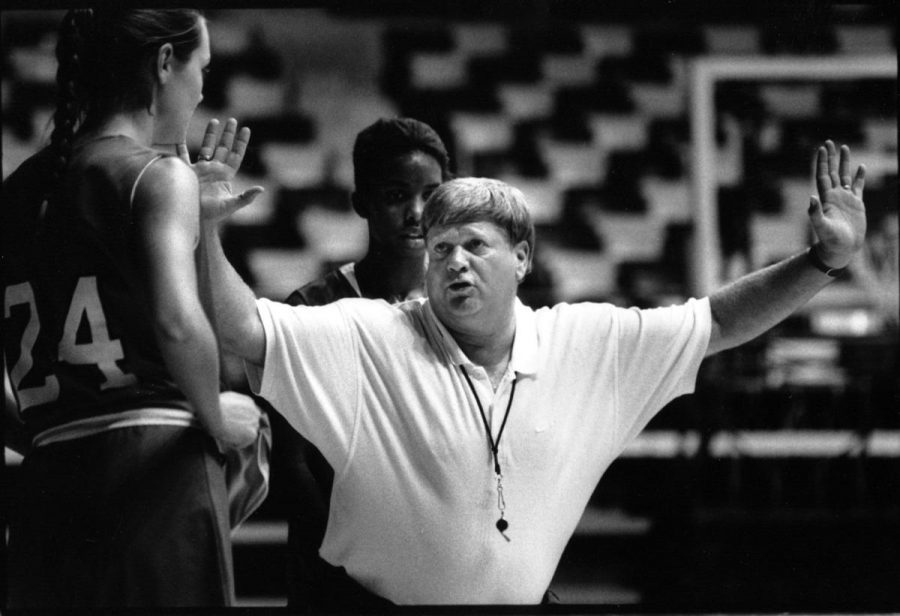 Lady Topper head coach Paul Sanderford gives direction to one of his players during a practice session.

Former WKU women’s basketball coach Paul Sanderford was chosen as a finalist for the Women’s Basketball Hall of Fame, the organization announced on Thursday. Sanderford coached the Lady Toppers from 1982-1997 and is the program’s all-time leader in wins with 365.

Sanderford took his Lady Topper teams to three Final Four appearances during his tenure, including a berth in the National Championship game following the 1991-92 season. The Lady Toppers lost to Stanford in that game.

Following his retirement, Sanderford currently serves as a color analyst for Lady Toppers games. He was inducted into the WKU Athletic Hall of Fame in 2008.

Sanderford coached over several successful current head coaches during his tenure at WKU, including former Lady Topper and current Cincinnati head coach Michelle Clark-Heard, who played for WKU, and current Louisville head coach Jeff Walz, who served as an assistant under Sanderford.

The Women’s Basketball Hall of Fame Class of 2019 will be announced Feb. 4.