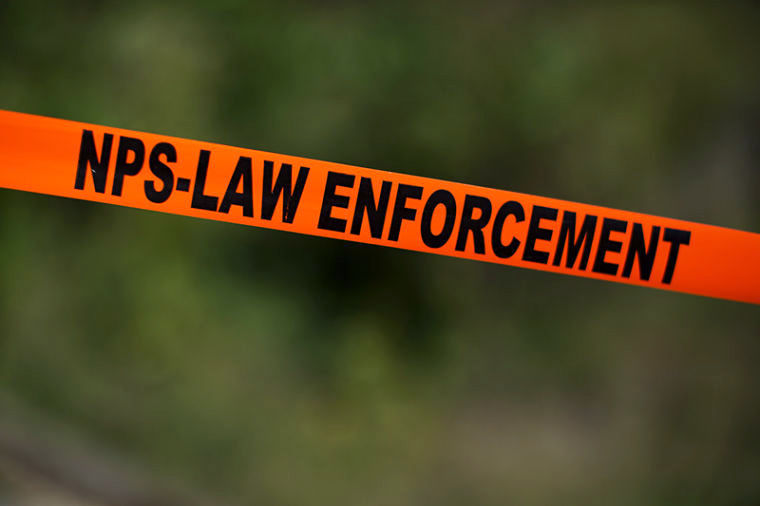 Editor’s note (Jan. 23, 2019): After publication, Hammond clarified that WKU paychecks are not sent until Jan. 31., and that she hadn’t yet missed a paycheck because of the shutdown. However, due to the shutdown, it is unclear what will happen with any future paychecks.

WKU graduate student Jenna Hammond spends part of her time as a student interning at Mammoth Cave through the Cumberland Piedmont Network. On the job, she observes and monitors wildlife and assists the park with whatever it needs. During January, Hammond said she helps look through smaller, private caves and has a short window to count bat populations to observe the impacts of white nose syndrome, a disease which has impacted millions of the bat population.

On Dec. 20, Hammond was warned by her boss to take home anything she may need immediately and hasn’t been able to return to work since because of the national government shutdown and the consequential shutdown of Mammoth Cave.

“I’m not allowed to do my job,” Hammond said. “It’s a terrible situation.”

Hammond, among other students, is feeling the effects of the government shutdown in the form of missing federal grants, the inability to complete time-sensitive research and missing paychecks from internships or federal jobs.

President Donald Trump warned in early December he would shut down the government over funding for the border wall if a resolution was not made soon. On Dec. 22, about one quarter of the federal government officially shut down.

Hundreds of thousands of federal employees have been unable to work and have gone without pay. The shutdown only impacts federal employees and programs rather than state institutions. But the effects are trickling down to universities.

A federal grant helps Hammond pay for her graduate assistantship with the Cumberland Piedmont Network. She said this grant helps pay tuition for grad- uate school, and she said her paycheck from her internship helps cover rent and grocery bills. Due to the shutdown, which is now the longest-lasting shutdown in American history, Hammond said she’s missed a paycheck and is unsure how she’s going to pay rent.

“It’s impacting my overall ability to be a student,” Hammond said.

Additionally, Hammond said there has been confusion and uncertainty because no one knows how long the shutdown will last. She said she wasn’t sure if she needed to pay her tuition herself or wait for the shutdown to end and use her grant, but is feeling the pressure to avoid having a late payment. She said she’s received little guidance from WKU but doesn’t blame the university since it is an uncertain situation.

“It’s a major issue,” Hammond said. “No one seems to know what to do about it.”

Even if the shutdown is resolved soon, it may have long-term impacts for up- per-level or graduate students. While Hammond, who is in her last semester of her master’s degree, said her research is not being impacted, she knows of other students who may graduate later than planned because they cannot work on their research.

Jason Polk, a WKU geoscience professor, said many students conduct research at Mammoth Cave. Due to the shutdown, they cannot access their sites to perform research which is time sensitive in some cases. If the shutdown persists, he said some students will miss the opportunity to gather specific research which could delay their graduation.

In some cases, Polk said students may pursue a completely different topic if they cannot access the parks. Hammond also explained some students need funding to travel for their research which is not accessible during the shutdown.

Across different entities, Polk said the shutdown has made an impact on classes, field trips and activities. He explained students working in the USDA labs have not been able to go in, and they could have time-sensitive samples waiting for them to process.

Polk said students who work with Mammoth Cave or other federal entities are essentially federal workers and are impacted the same. He said missing paychecks can be detrimental for students because of the costs associated with college.

If the shutdown persists, Polk said WKU is looking at what can be done to help students. He said the two main solutions could be finding ways to supplement funding for students such as Hammond who are missing paychecks and developing “plan B’s” for student research projects.

After speaking with colleagues at other universities, Polk said the issues WKU students are having are happening elsewhere. He said in the science community, the shutdown is starting to trickle down and cause more of a concern.

Due to the shutdown, the National Parks Service is losing about $400,000 per day and has furloughed over 16,000 employees.

Some national parks have remained accessible to visitors, while some have been closed completely, according to a statement released on its official website. Because of the closings, most parks have no NPS-provided visitor services such as trash collection, road maintenance, restrooms or facilities, according to the statement.

The lack of services has resulted in overflowing trash on national park grounds across the US, according to Business Insider. The parks are also facing limitations on emergency services.

Mammoth Cave is not immune to these worrying developments, according to a Facebook post shared the day the shutdown began.

“During the federal government shutdown, we will not monitor or update social media,” the post stated. “Some Mammoth Cave National Park areas are accessible; however, access may change without notice, and there are no NPS-provided services.”

The park remains open to visitors, who are warned of the limitation of emergency services via a recorded phone message in addition to its post on Facebook from December.

Currently, Friends of Mammoth Cave, a nonprofit organization dedicated to Mammoth Cave National Park, have been rallying volunteers to help greet visitors in lieu of the government shutdown and absence of visitor services at the park.

This is not the first time in recent history Mammoth Cave has closed due to a government shutdown. In 2013, the federal government entered a 16-day shutdown when Congress failed to agree on a budget for the following fiscal year.

A 2013 Herald article showed how the previous shutdown affected the WKU Police Department updating its website with crime statistics. It also affected students and faculty working and researching at Mammoth Cave.

Scott Lasley of the WKU department of Political Science, said the current shutdown has impacted Kentucky in a number of ways, including farm service centers, small business loans and Federal Housing Administration.

“These effects are more isolated but can cause major problems for those impacted,” Lasley said.

Lasley said that while the shutdown’s effect has been negative to Kentucky’s national parks, the 2018-19 government shutdown has additionally had a negative impact on other institutions in the state such as WKU and its student body. While he said the federal government is working to address problems coming from the shutdown, the financial aid process has become complicated.

For students, Lasley said it is important to remain informed on the situation as the effects of the shutdown filter through the economy. He said the issues leading up to the shutdown are not going to be resolved overnight and will continue to be part of the policy discussion.

News Editor Rebekah Alvey can be reached at 270-745-6011 and rebekah. [email protected] Follow Re- bekah Alvey on Twitter at @bekah_alvey