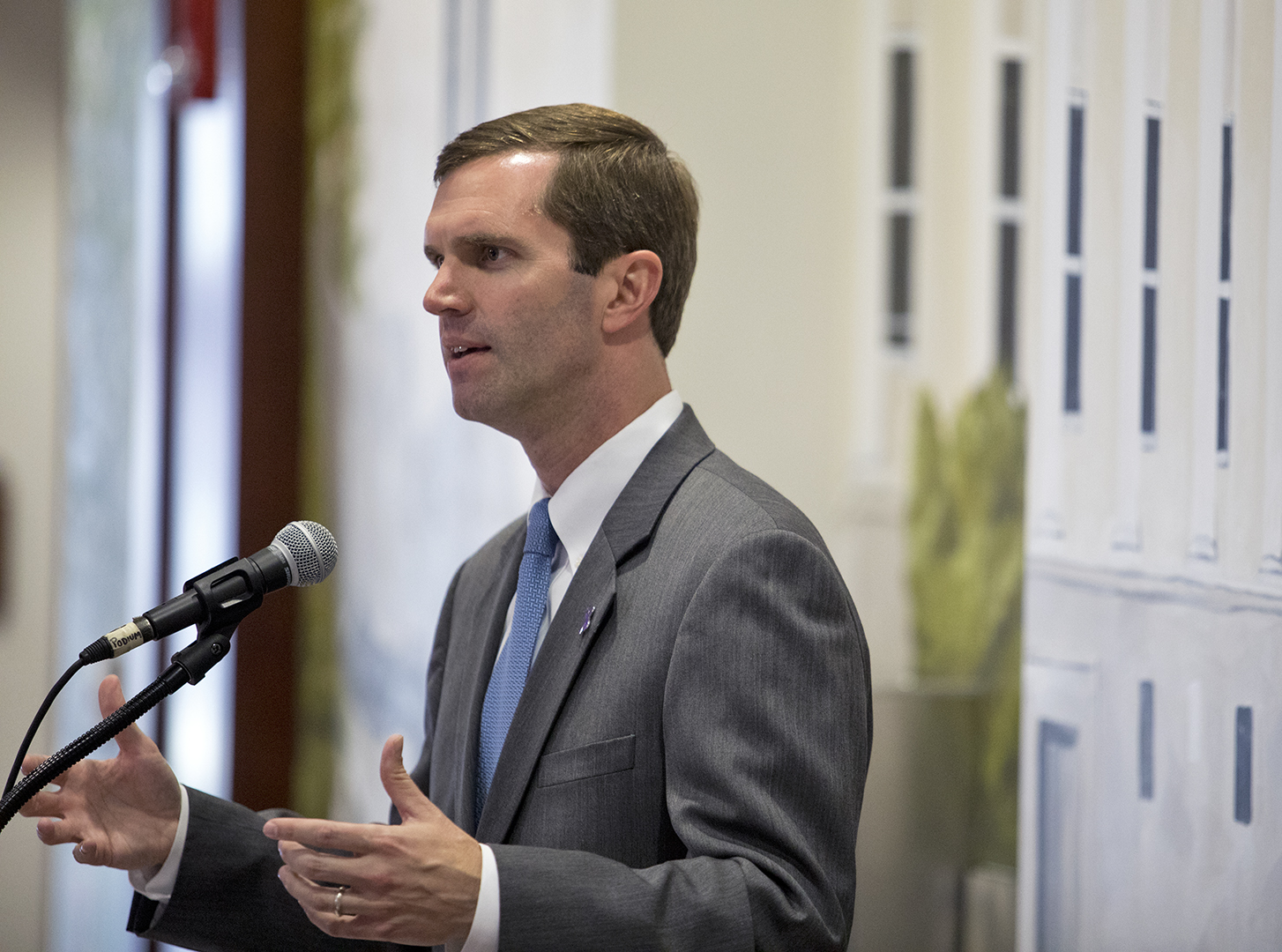 Attorney General Andy Beshear discusses how a community should remain safe by keeping violence out during the Proclamation Signing in the first floor of Downing Student Union on Oct. 09, in Bowling Green.

Attorneys for the College Heights Herald and the Kentucky Kernel, UK’s student newspaper, asked the court to consider Kentucky Attorney General Andy Beshear’s revised open records decision in the Kernel’s case when regarding the ongoing lawsuit between the Herald and WKU, according to court documents.

While conducting an in-camera review of requested records concerning faculty sexual misconduct in the Kentucky State University v. Kentucky Kernel lawsuit, Beshear concluded the faculty investigation records must be released because the investigatory report is not an education record, according to the court filing.

Beshear conducted the review after the Franklin Circuit Court ruled that “the FERPA educational records do not include investigatory reports to the University created in response to a claim of a teacher’s sexual harassment. The records pertain to the teacher’s conduct, not to confidential student information,’” according to the court filing.

Beshear based his revised decision in the Kernel case on the “compelling public interest” of disclosing the documents, which “outweighs any privacy interests of the faculty members involved,” according to the court filing.

“We have generally held that the privacy interest of public employees who have been disciplined for, or exonerated of charges of, misconduct in the course of their employment is outweighed by the public interest in monitoring agency action,” Beshear said in his review, as stated in the court filing. “This applies regardless of whether the complaints made are substantiated and disciplinary action imposed, or unsubstantiated and no action taken.”

Herald attorney Michael Abate and Kernel attorney Thomas Miller argued in the pleading the Attorney General’s decision was correct in not finding the investigative records to be education records.

The attorneys also argued Beshear’s decision was correct in finding that releasing the records would not mean an invasion of privacy if the names and other identifying student victim and witness information was redacted, according to the court filing.

“This Court should reach the same conclusion and should enter a speedy judgment in this Open Records dispute—which is rapidly approaching its second birthday—on these very same terms,” the joint statement said in the court filing.

Abate said he filed the pleading to inform the court about new open records decisions that help set precedent for the Herald’s case.

“We think that the court should rule along the same rulings as were made in this case,” Abate said, referring to the KSU v. Kernel case.

Abate said the Attorney General’s basis for his ruling on the Kernel case had been the subject of discussion in the Herald’s case, specifically with the faculty sexual misconduct records not being education records and the records being released after redacting the names of student victims and witnesses.

“We continue to believe that this is a very important issue,” Abate said. “The public has the right to know about how the university has handled cases of sexual misconduct among its faculty.”