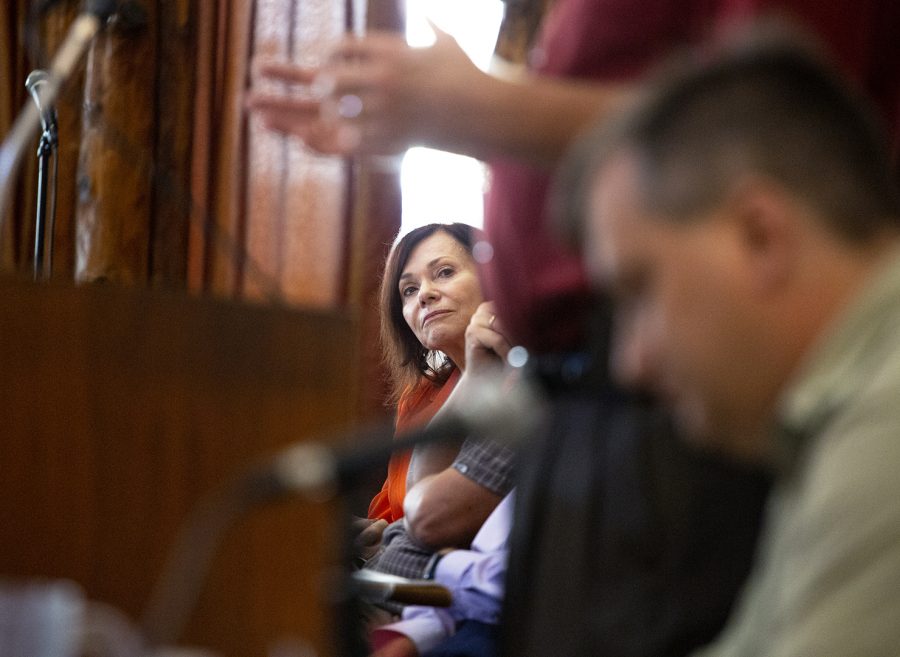 In an email sent to all faculty on Wednesday, Provost Terry Ballman said letters notifying instructors of termination or rehire for the 2019-20 academic year will not be sent by the Dec. 15 deadline as the policy in place currently requires.

In the email, Ballman cited a decline in tuition dollars, scheduling methods and the Comprehensive Academic Program Evaluation (CAPE) as the reasons why the university does not fully know WKU’s instructional needs and costs for the 2019-20 academic year, and thus why the letters won’t be sent on time.

WKU’s Academic Affairs Policy 1.2000 requires the university to notify full-time, non-tenured faculty if they will not be rehired for the following academic year by Dec. 15.

Ballman said she announced in a Senate Executive Committee meeting earlier this week that letters would be going out as the policy requires, but “with the caveat that most of these faculty colleagues would be receiving in the Spring individual letters of rehire (at the same rank and salary) after careful analysis was conducted.”

However, despite the policy, Ballman said in Wednesday’s email she had reconsidered. In the email, she said there had not been enough time to have a thorough analysis to make individual decisions, so no letters would be distributed to non-tenured faculty by the Dec. 15 deadline this year.

“Please know that I sincerely regret that my announcement caused unnecessary alarm, hurt, consternation and frustration among many of you,” Ballman said in the email. “Going forward we will work together to address the financial challenges in which we find ourselves.

“Over the next several months, we will work through the CAPE process, seek feedback and ideas on alternatives and options for increasing revenue and containing costs, and communicate frequently on all elements of this important work as we build a sustainable institution.”

University Senate Executive Committee Chair Kirk Atkinson said the original idea to waive the Dec. 15 date did not come from administration, nor was original to the SEC.

“[The idea] came from a faculty member who was looking for some sort of temporary solution to the dilemma,” Atkinson said.

Among faculty, there are several different ranks ranging from instructors on the bottom to full professors at the top. Instructor ranks are designed for ongoing, non-tenure eligible faculty. Instructors’ primary responsibility is teaching, but they may have secondary responsibilities.

Instructors are the only faculty impacted by the provost’s announcement. As of Fall 2017, WKU had 131 instructors, according to the 2018 Fact Book.

WKU faces extreme budget pressures brought on by declining enrollment, reductions in state support and years of not addressing the ongoing problems. Last spring, the university faced a $27 million shortfall which eliminated nearly 150 jobs, laying off more than 70 people who were in those positions.

The current year’s budget, approved by the Board of Regents, relied on one-time unspent money from previous years and other sources to balance. That gap was worsened by enrollment losses, down by more than 800 students, or nearly 300 more than the university projected losing.

To meet the budget in future years, the university must cut ongoing spending, and is currently evaluating all of more than 300 academic programs with the CAPE program to determine if some should be consolidated or eliminated.