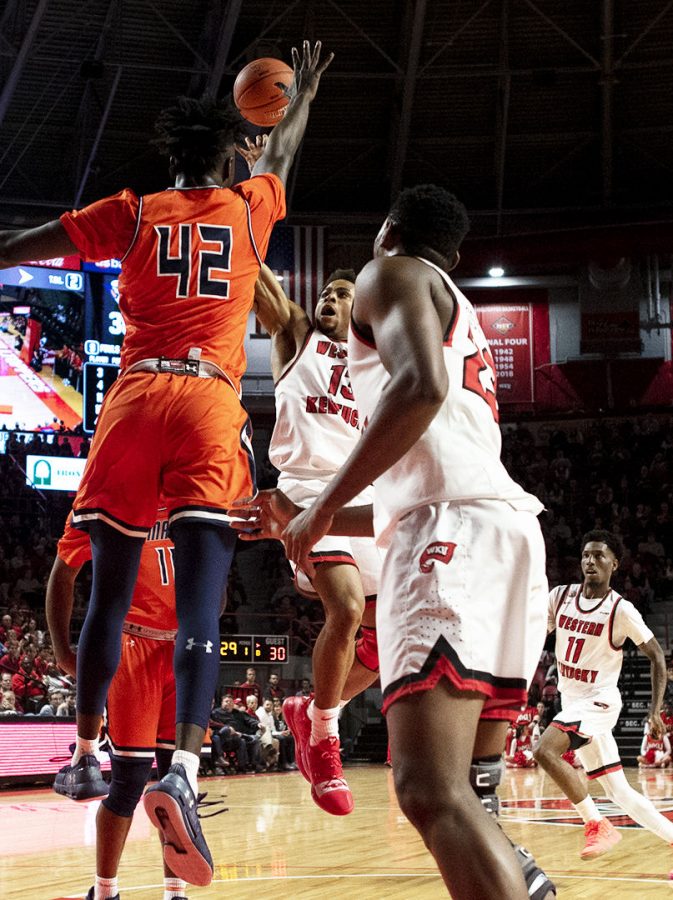 It was an up and down time for Murray on the Hill. Murray began his collegiate career at Presbyterian College and played his junior season at Auburn. He announced his plans to transfer to WKU for his final season of eligibility in April.

In November, Murray was cited for marijuana possession. As a result, head coach Rick Stansbury suspended him for the final exhibition game against Kentucky Wesleyan and the first regular season game at Washington.

Murray played in a total of eight regular season games for the Hilltoppers and averaged 9.5 points and 4.5 rebounds per game. In his debut against UT Martin, Murray scored 18 points and grabbed seven rebounds in 24 minutes of action. Murray also starred against Tennessee State with 17 points and eight rebounds.

In his final game with the Hilltoppers, Murray went scoreless and grabbed three rebounds in only 11 minutes of action at Arkansas.

Sophomore forward Marek Nelson figures to see a bump in minutes with the departure of Murray. The Hilltoppers are back in action on Dec. 16 against Troy at Diddle Arena.