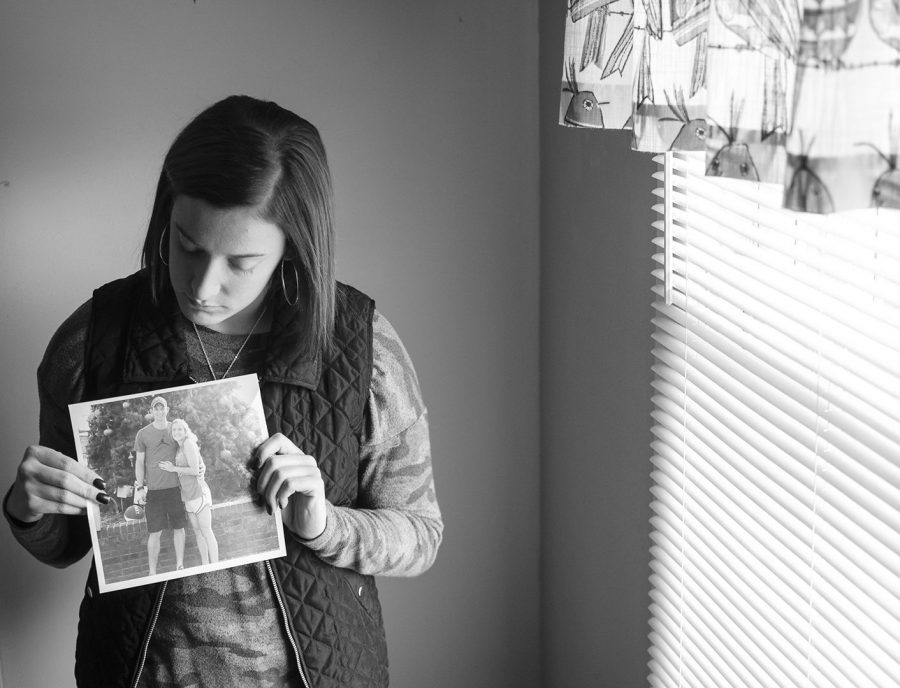 Lauren Brown, 20, poses with a photo of her and, her ex-boyfriend of two years, in her apartment on December 3, 2018. Brown hid the bruises from the physical abuse she was subjected to by Jordan underneath baggy sweatshirts. Instead of attempting suicide again, his name calling was the catalyst that led her to the police department on her first day of junior year at WKU.