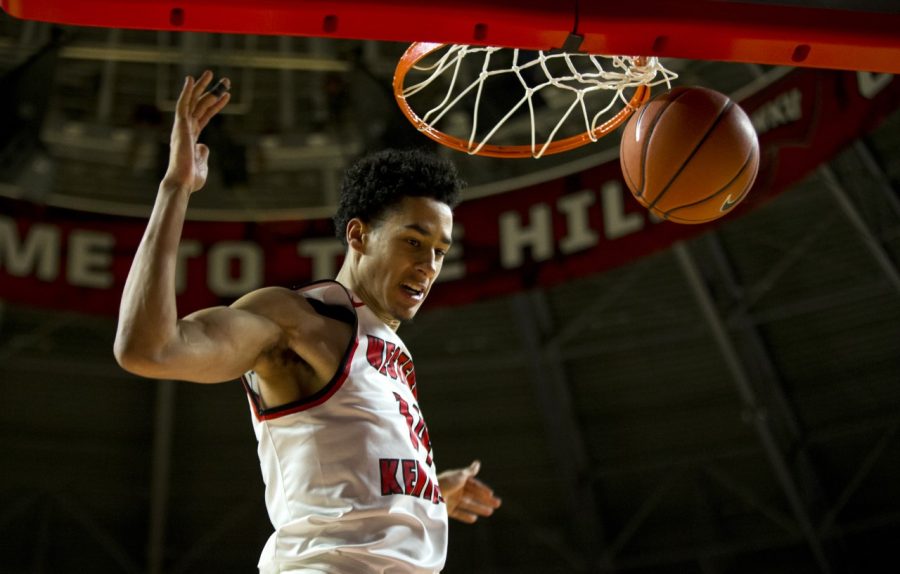 WKU sophomore forward Marek Nelson was arrested early Sunday morning and charged with operating a motor vehicle under the influence of alcohol/drugs, no registration receipt and failure to illuminate head lamps according to the Warren County Regional Jail database.

The arrest came less than a day after the Hilltoppers’ victory over Saint Mary’s, a game in which Nelson scored five points.

“We are aware of the situation and handling it internally at this time,” WKU associate director of athletic communications Zach Greenwell said in a statement.

According to a police report obtained by the Herald from the Warren County Sheriff’s Office, Nelson was pulled over at 2:57 a.m. at Creason Street and University Boulevard after he was observed driving without his headlights on. The report stated that Nelson had bloodshot, glassy eyes and the car smelled of marijuana.

Nelson’s arrest is one of several run-ins with the law for the Hilltopper basketball team this season. Earlier in the year sophomore forward Josh Anderson was arrested for disorderly conduct. Sophomore guard Taveion Hollingsworth and former graduate transfer forward Desean Murray were both cited for marijuana possession in separate incidents.

Each of those players served a one-to-two game suspension, but Nelson will be suspended indefinitely. The Hilltoppers’ next game is Saturday in Diddle Arena against No. 15 Wisconsin.