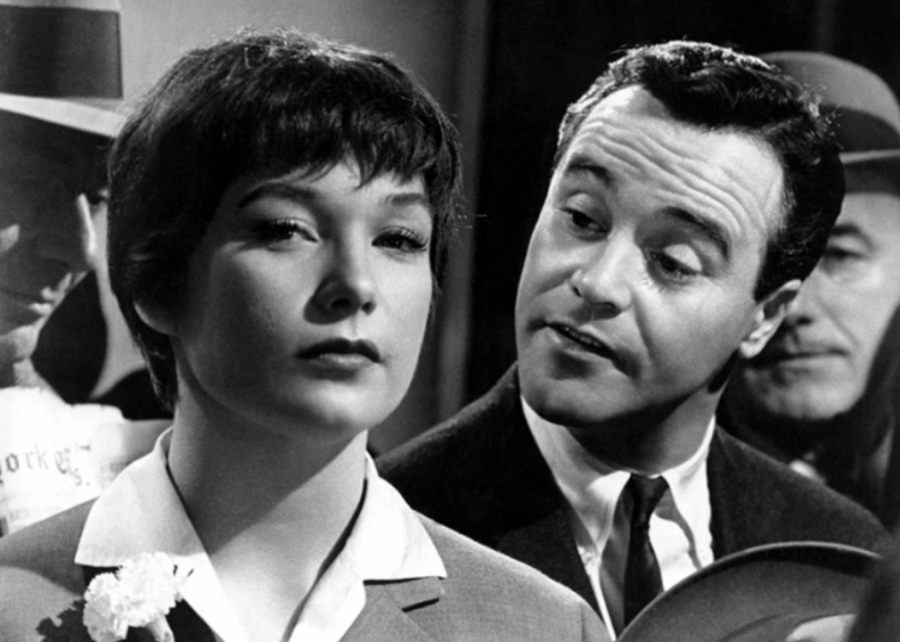 Jack Lemmon is an insurance company employee who lends his Manhattan apartment to company bigwigs for trysts in hopes of getting a promotion. To create the illusion of a vast office of workers, movie designers placed adult actors in the front, children in suits in the back, and tiny desks with small cut-out figures further back. Billy Wilder became the first person to win Oscars all in the same year for Best Picture, Best Director, and Best Screenplay. The movie also won Oscars for Best Art Direction-Set Decoration, Black-and-White, and Best Film Editing.