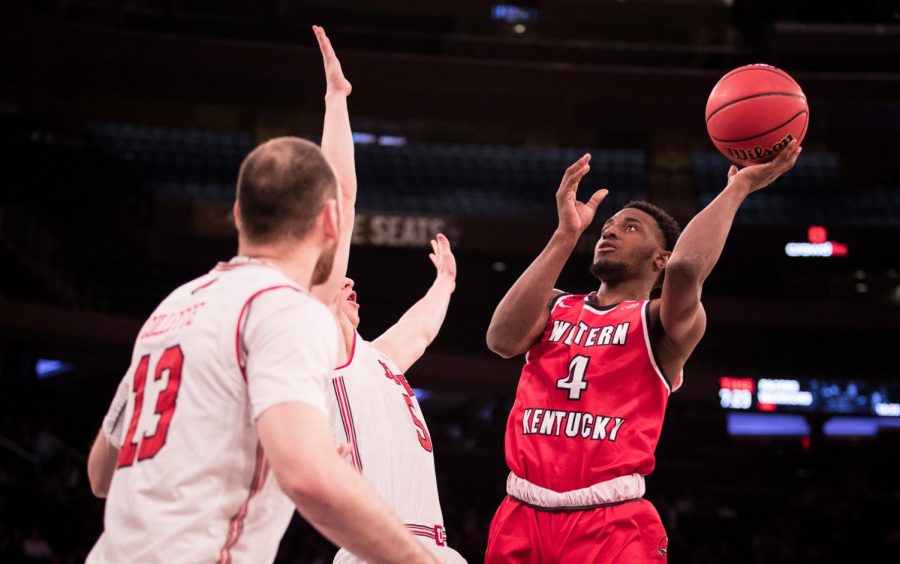 WKU guard Josh Anderson fights off defenders on his way to the basket during the semifinals of the NIT Championship in Madison Square Garden on Tuesday night.

The database states that Anderson was charged with second-degree disorderly conduct and was processed in the Warren County Regional Jail at 12:52 a.m.

“We are aware of the situation and handling it internally at this time,” WKU men’s basketball said in a statement to the Herald.

The incident occurred at the Hilltop Club Apartments, near the 300 building, according to a police report.

“Officers observed a large crowd of people in different areas of the parking lot,” the report stated. “Everyone in the parking lot was asked to disperse and the majority started to leave with the exception of Joshua Anderson.”

The report stated that Anderson was “singing and dancing which caused people to stand there and laugh at him.”

The report also stated that the officer asked Anderson to leave a second time, and that Anderson “said multiple curse words and started yelling at [the officer] instead of leaving.”

Anderson has been working as the starting point guard after the departure of Darius Thompson and the announcement that redshirt senior guard Lamonte Bearden will be ineligible for the first semester.

In the first exhibition matchup against Campbellsville on Tuesday, Anderson played 28 minutes, scoring 22 points on 7-of-13 shooting. He also registered five assists and six steals.