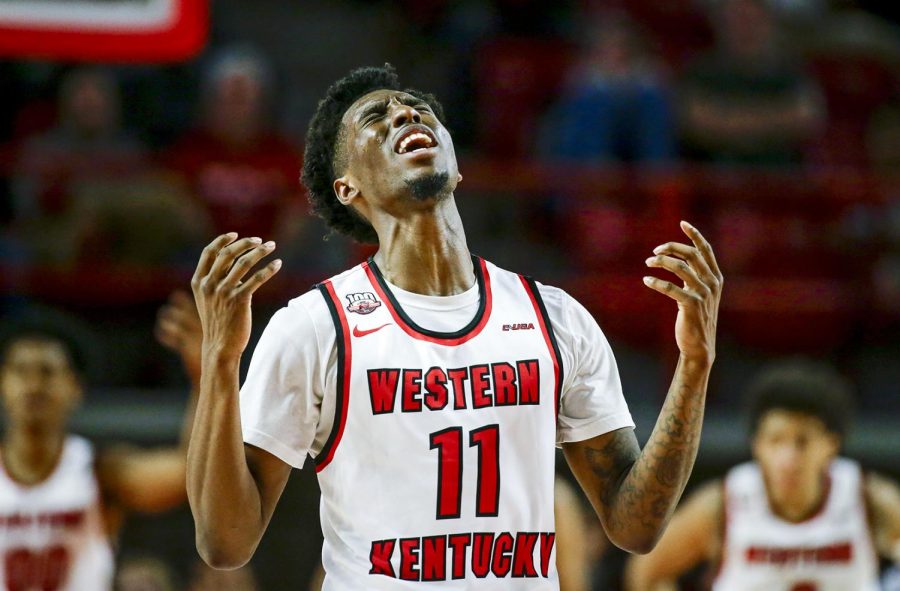 The WKU men’s basketball team was unable to follow up its Friday upset of West Virginia with a win in the championship round of the Myrtle Beach Invitational. The Hilltoppers fell to Central Florida 78-62.

Bassey led the way for WKU with 25 points (10-of-18), 10 rebounds, two steals, a block and an assist. The freshman now has three double-doubles already early in his first season on the Hill.

WKU (3-2) jumped out to the early lead against UCF, thanks in large part to freshman center Charles Bassey who scored 15 of the team’s first 19 points. Up 17-6 with just over 10 minutes to play in the first half, the Knights began to inch their way back pulling within four at the half, 32-28.

“We’re only disappointed because at halftime, we’re in a position to have a chance,” head coach Rick Stansbury said in a press release. “For 100 minutes, we were pretty good in this tournament. The last 20 minutes, we didn’t play very good. There’s a lot of positives we’re going to take from it. Nobody probably expected us to be in the championship game, so we’ll learn again from what happened tonight and get better from it.”

In what would become a tale of two halves, UCF opened the second with a pair of 3-pointers to take the lead 34-32, forcing a quick Hilltopper timeout. The Knights never relinquished their lead, burying 10 3-pointers while shooting 50 percent or better from both inside and outside the arc.

“We have to come out in the second half strong,” Bassey said in a press release. “We have to get better at that. It’s a learning experience.”

WKU shot 40 percent from the floor in the loss, 4-of-12 from 3-point range. The Knights out-rebounded the Hilltoppers 36-34 while capitalizing on WKU’s 15 turnovers for 22 points. The UCF bench managed to outscore the WKU reserves 21-7.

“We had a lot of good things come out of this tournament, and we had a lot of bad things,” Hollingsworth said in a press release. “We’ve got to take that into practice next week and get back on it.”

Up next for the Hilltoppers, the team will travel to Terre Haute, Indiana, for a matchup against Indiana State on Saturday. WKU will finally return home to Diddle Arena on Dec. 1 for a game against Tennessee State.