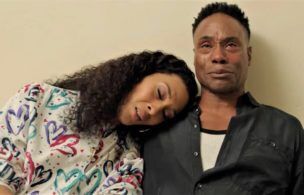 FX is serving one last Pose as the drama from Ryan Murphy, Brad Fulchuk, and Steven Canals bids viewers farewell in its upcoming third and final run.

Kicking off on Sunday, May 2, Pose‘s third season will debut with two back-to-back episodes and conclude the seven-episode run on Sunday, June 6, and FX is giving fans a first look with a newly-released trailer. As teased in the promo, below, the action picks up in 1994 with the ballroom feeling more like a distant memory than a recent reality. See Also‘Pose’ to End With Season 3 on FX — Find Out When the Series Finale Will Air
‘We got to tell the exact story we wanted, as we wanted to tell it,’ says co-creator Ryan Murphy.

The series, which has shined a light on the legendary icons and house mothers of New York’s underground ball culture, is gearing up for a fierce fight with AIDS on the rise. The diagnosis is becoming far too common as it’s the leading cause of death for Americans between the ages of 25 and 44.

While Blanca (Mj Rodriguez) is struggling to balance being a mother and present lover, she’s also working as a nurse’s aide. “This job is not for the faint of heart,” an offscreen colleague of Blanca’s says, adding that it’s especially challenging because she’s a “trans woman of color working in a hospital.” “I’m just trying to stay afloat,” Blanca admits in the trailer, below. Meanwhile, Pray Tell (Billy Porter) is also fighting an invisible battle as he faces unexpected health issues. “There used to be this sense of urgency and community,” he says of ballroom culture in the teaser, “and then folks just started dying.”

See the chosen family at the center of this drama unite to support one another through some tough times ahead, and don’t miss the final season of Pose when it arrives next month.