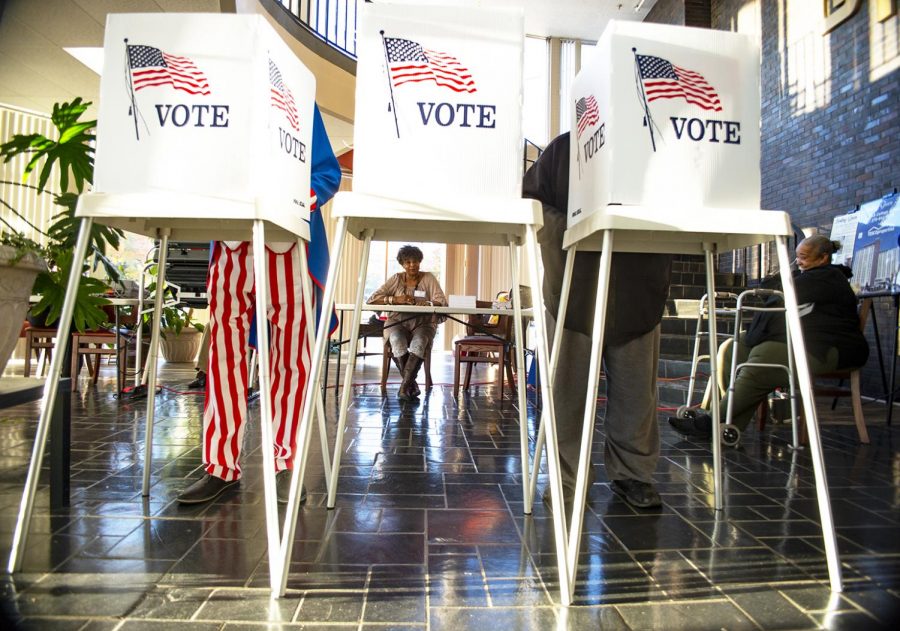 Voters cast their votes at the Bowling Green Towers polling station only an hour after opening at 6 a.m.

Three incumbents kept their seats on the Bowling Green City Commission after Tuesday’s midterm election, and one challenger took the fourth.

Incumbents Joe Denning and Brian “Slim” Nash took the other two seats on the City Commission with 6,376 and 5,750 votes respectively.

“I have done this long enough where I have been the top vote getter, and I have been the last vote getter,” Nash said at the courthouse after results from the final precinct came in. “I’m always nervous, but I’ll say tonight fourth never felt so good.”

Nash is the first city commissioner to propose passing a fairness ordinance, which would add sexual orientation and gender identity as protected categories to existing civil rights laws.

The motion failed to receive a second from the other three commissioners and Mayor Bruce Wilkerson when Nash proposed the ordinance in February 2017.

Beasley-Brown was outspoken during her campaign in favor of passing a fairness ordinance, and Nash said he is optimistic about his plans to put it back on the agenda.

“I am hopeful that the results of this election will indicate to the other three members of the commission that the community would like to receive a fairness ordinance,” Nash said. “I hope that will sway one of the other three to be on board with a civil rights issue.”