Hilltoppers to play in 2019 Paradise Jam 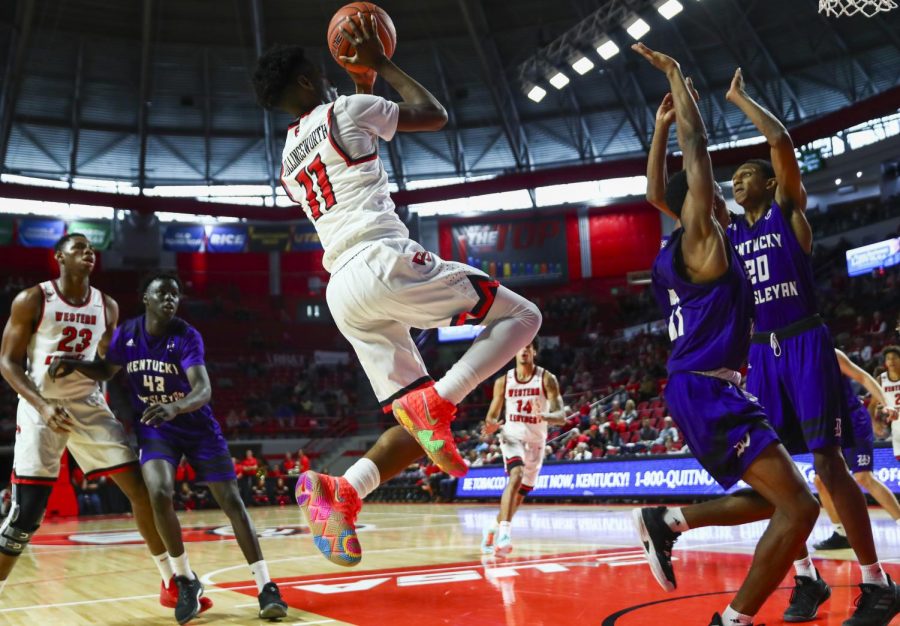 WKU men’s basketball already has its Thanksgiving tournament set for 2019.

The Hilltoppers will take part in the 2019 U.S. Virgin Islands Paradise Jam held at the University of the Virgin Islands Sports and Fitness Center on St. Thomas. This is the first time the program has participated in this event.

Joining the Hilltoppers in this event are Bowling Green State, Cincinnati, Fordham, Grand Canyon, Illinois State, Nevada and Valparaiso. This eight-team event will give each one the opportunity to play in three games against the field.

“We’ve got a group of talented teams coming down to the U.S. Virgin Islands next year,” tournament director Jennifer Ashby said in a press release. “We are incredibly excited to be celebrating the 20th anniversary of the Paradise Jam with these basketball programs, and we’re excited to showcase the beauty and joy of the USVI and its people to all of the coaches, student-athletes, and fans.”

WKU is currently 39-21 all-time against the field. The Hilltoppers have yet to play GCU in their history and will square off with Valparaiso for the first time in program history in the Myrtle Beach Invitational later this month.

The Hilltoppers sit at 12-6 overall in their series with UC. The last time these two teams matched up was in December 1996. WKU dropped that game 81-57 in the Rock-n-Roll Classic.

Illinois State also claims the series lead over the Hilltoppers, 3-1. The Hilltoppers lost the last matchup in Normal, Illinois, 66-65 in overtime.

Matchups and game times for the Paradise Jam will be announced after this season in April 2019.