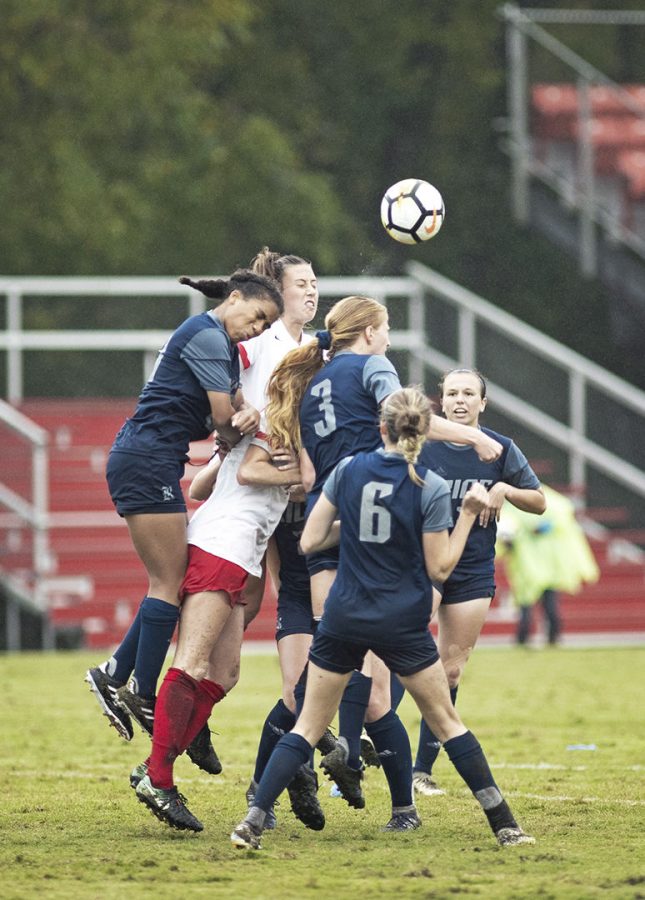 The WKU soccer team is now riding an unbeaten streak of four games for the second time this season and the first time in conference play since October 2017.

The Lady Toppers (4-7-4, 2-4-2 Conference USA) finished a four-game homestand with back-to-back draws over the weekend against C-USA foes North Texas and Rice.

Taking the momentum early with a goal from senior leader Sarah Gorham, the Lady Toppers lead 1-0 at halftime. The goal was Gorham’s fifth of the season.

“She played 110 minutes,” head coach Jason Neidell said about Gorham’s performance. “She’s just compelled to help us be successful and win games. Whether it’s defending, attacking, breaking up plays or scoring goals, she’s all over the field. She’s a superstar.”

Gorham’s goal would be answered late in the second half, as the Mean Green netted the equalizing score in the 78th minute. The two teams headed into overtime tied at 1, and the score would hold there for a 1-1 draw.

“We had to come away with something from this game,” Neidell said. “It was a really critical one point, and it was a fight until the end. We left everything we had on the field.”

The Lady Toppers finished up the homestand by welcoming Rice to the soccer complex on a cold and rainy Sunday afternoon.

WKU found itself trailing early, giving up two goals off of headers in the first half to be behind 2-0. The Lady Toppers found an answer just before the half in ninth all-time leading scorer Chandler Backes to make it a 2-1 halftime lead for the Owls.

One of the stars of last weekend’s set of games, Ashley Leonard, appeared to have evened the score with an early second half goal, but an offsides call wiped the score off the board.

A WKU own goal put the Lady Toppers’ deficit back to two goals, but scores from Kaylyn Bryant and Olivia Stanley sent WKU to overtime for the second consecutive match. Neither team was able to score in two overtime periods, and the match ended in a 3-3 draw.

“For our team to come back not once but twice against the defending conference champions says a lot about the hearts and desire of our kids,” Neidell said. “I thought the fight and toughness we had today, given the circumstances, was nothing short of spectacular.

The Lady Toppers sit one point behind ninth-place Marshall and two points behind Old Dominion and Rice. WKU will play Alabama-Birmingham on Friday before hosting Marshall in the Lady Toppers’ regular season finale on Oct. 26.

After an undefeated homestand, WKU will need to pick up at least one win in the final two games to seriously contend for a conference tournament berth.

“We’re learning that small things are important,” Neidell said. “We’re not only understanding that but being able to execute it. It makes a difference in the way that we play.”