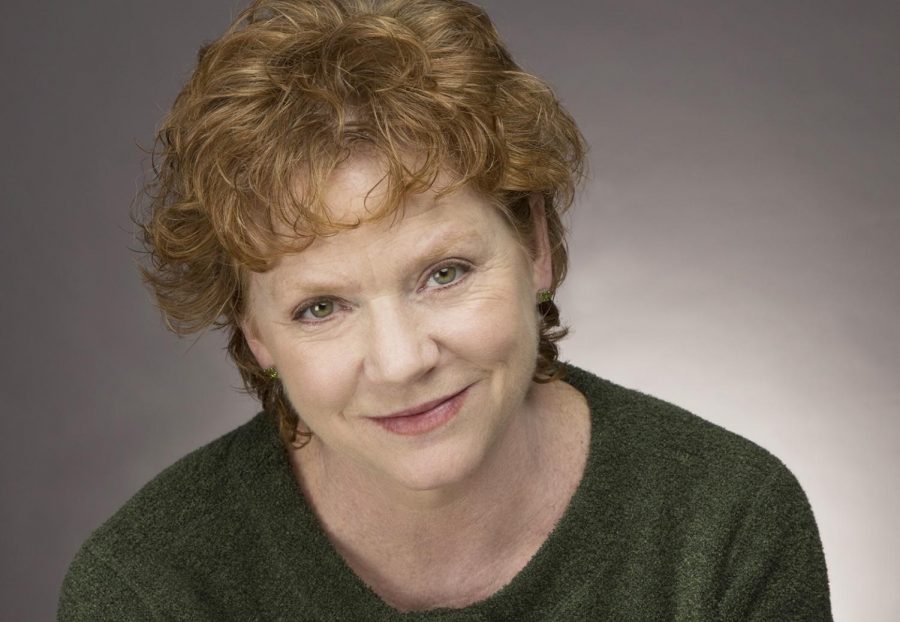 When Becky Ann Baker graduated from WKU in 1975, she had high hopes of a successful career in show business.

Now, 43 years later, Baker has been inducted into WKU’s Hall of Distinguished Alumni for just that. Baker was one of three inducted along with Nettie Bayless Courts Depp and Richard C. Rink.

“So many graduates have gone on to have terrific careers in a variety of areas in the entertainment industry,” Baker said. “So, my induction really points to how strong WKU’s arts programs are working.”

Baker said there was never really a question about whether or not she would attend WKU, and it was the only school she applied to. Her sister already attended, and after she visited campus and met with the head of the theatre department, she was sold.

Baker said she was very impressed with what WKU and its theatre department had to offer. Baker said the program was helpful professionally with countless opportunities to participate in various productions and the addition of programs like the dance minor.

After participating in numerous productions at WKU and graduating with a major in theatre and a minor in dance, Baker immediately moved to Augusta, Michigan, where she began performing with the Barn Theatre Company. During her apprenticeship with the group, Baker said she was given multiple good roles.

At the end of the summer, Baker decided it was time to move on, this time to New York City with four other members of the Barn Theatre Company. The move led Baker to a successful career in film, television and on Broadway.

Baker starred in multiple musicals and plays on Broadway, including “Titanic” and “A Streetcar Named Desire.” She also appeared in off-Broadway renditions of productions like “Othello” and “The Vagina Monologues.”

Baker’s film career includes about 25 feature films, including “War of the Worlds” and “Men in Black.”

She also found success in the television industry and has been nominated for an Emmy and two Critics Choice awards for her work on HBO’s “Girls.” One of Baker’s most memorable roles was on the 1999-2000 show, “Freaks and Geeks.”

David Young, WKU theatre department head, said Baker’s success in multiple forms of acting is part of what makes her such an incredible alumna.

“She truly is a distinguished alum; she’s still in the middle of a marvelous career,” Young said. “What I think is particularly impressive is how much her career has spanned through Broadway, film and television.”

Young said that despite such large success, Baker has been a consistent friend to WKU and helps theatre and dance students in a variety of ways, such as being involved with the yearly study away trip to New York City each January and helping give students unique opportunities during their time on Broadway.

Baker also serves as an asset to students moving to New York City after graduation. Young said there are multiple students that Baker has helped in some way or another after they graduated from WKU.

Young said Baker has also returned for multiple on-campus events with the theatre and dance departments and is a big help to students.

“Becky is such an inspiration to the students on campus, and she really goes out of her way to help,” Young said. “She does it just to be nice and supportive. She’s a good supporter and alumnus.”

Baker said she had a terrific question and answer session with students last spring and covered a variety of show business related topics. She considers herself lucky to be able to meet so many aspiring performers at WKU, and she enjoys helping them grow.

Baker urges aspiring performers to always be prepared for what could happen next, because you’ll never know.

“Being an actor is like training for a marathon,” Baker said. “You stay in shape in many ways. Always be prepared.”

Baker said she sees her success and now her induction into the Hall of Distinguished Alumni as a representation of the success of WKU’s fine arts programs.

Young said Baker’s success proves that even someone from a small town in Kentucky can find success in show business.

“What her story tells our current students is that you can do this,” Youn said. “You can be a kid from Kentucky, get this training at WKU, and still have a shot. I think it’s great to show students that anything is possible.”

Despite Baker’s success, Young said Baker remains the type of person that anyone should aim to be.

“I think she’s the epitome of what a working actor should be,” Young said. “She works all the time, she works hard in all sorts of different forms and she has a cool, New York life. But through it all, she’s still a very sweet, grounded, nice person. It just seems like the kind of life that you should aspire for if you’re an actress, or really anything else.”