Pro day a sign of positive times for Hilltoppers 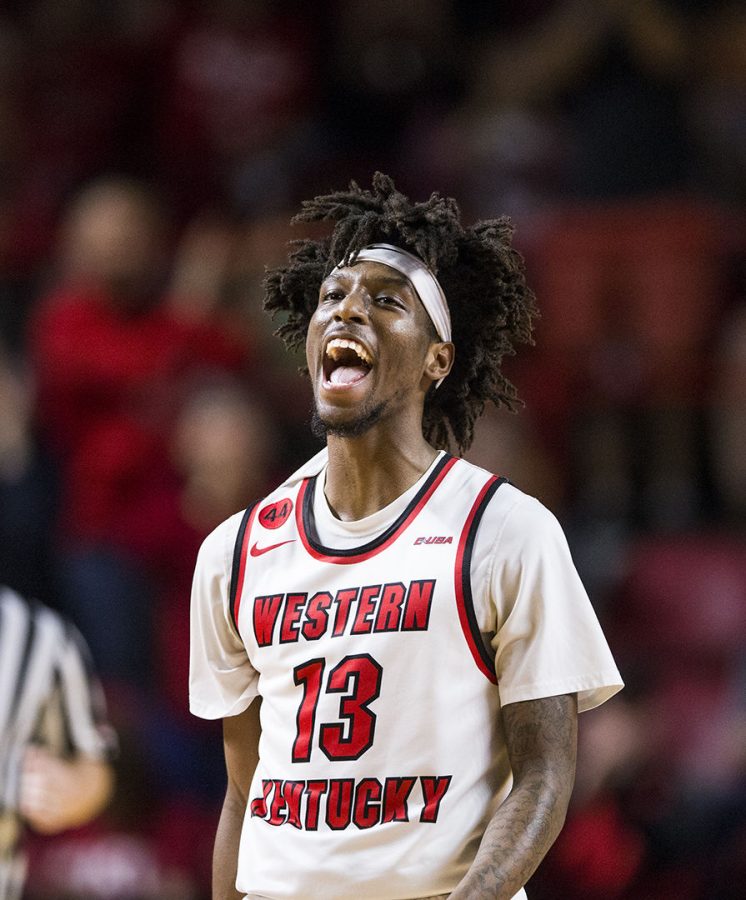 Over the last two years, Rick Stansbury has taken step after step in the right direction in an effort to revitalize WKU’s basketball program.

That success and all those steps in the right direction have drawn a lot of eyes to WKU basketball. The Hilltoppers played in front of a capacity crowd three times in Diddle Arena last year and played in front of another 11,000-plus three times in road games against Middle Tennessee State, Oklahoma State and Wisconsin. They also landed on either ESPN or ESPN2 for each of the final three games of their NIT run.

Now the Hilltoppers will get attention from some very important eyes thanks to another good decision by Stansbury: the decision to hold a pro day on campus.

This is a great move for a couple of reasons. First, it puts WKU in a small group of schools currently hosting basketball pro days. Kentucky head coach John Calipari started it, and other Power 5 programs have followed suit, including Duke, Vanderbilt and Missouri. It’s been rare to see mid-major schools partaking in the trend, although Nevada held one in September. This makes WKU one of the first mid-major programs to jump in on this trend.

Second, WKU actually has good reason to hold a pro day, unlike most mid-major schools. Five-star freshman Charles Bassey is already a projected NBA lottery pick in 2019 by NBADraft.net and a top-20 pick on Bleacher Report’s mock draft. In addition to that, the Hilltoppers have graduate transfer forward DeSean Murray and redshirt senior guard Lamonte Bearden, both of whom have had success at this level and are looking to make an NBA Draft push in their final seasons of eligibility. Bearden even put his name into the draft after last season before withdrawing and returning to WKU (although the Hilltoppers will be without his services in the first semester). On top of all that, sophomore guard Taveion Hollingsworth looks like a player that could be on track to be NBA-bound a little early. Getting him in front of NBA scouts now could be a huge deal in a year or two.

This can only do good things for the future of the program. Stansbury has preached time and again about how important recruiting is for a basketball program, and he’s really starting to succeed in that aspect. This pro day takes another step forward by getting his players in front of NBA eyes. That’s something recruits will keep in mind if they’re trying to make the jump to pro basketball. Getting attention from NBA scouts is also something the Hilltoppers won’t get a lot of during the regular season in Conference USA, so getting that attention now is a big deal.

Of course, Stansbury has also helped to get eyes on his team with non-conference scheduling this year. The Hilltoppers have added Power 5 opponent Washington to the schedule in a game that’ll be featured on ESPNU. They’ll also be playing three games on ESPN networks in the Myrtle Beach Invitational before playing two more Power 5 opponents in Arkansas and Wisconsin.

The pro day is scheduled to be held on Thursday at 2:30 p.m. in Diddle Arena. It’ll be closed to the public.