The Walkthrough: Window closing for Hilltoppers to salvage season 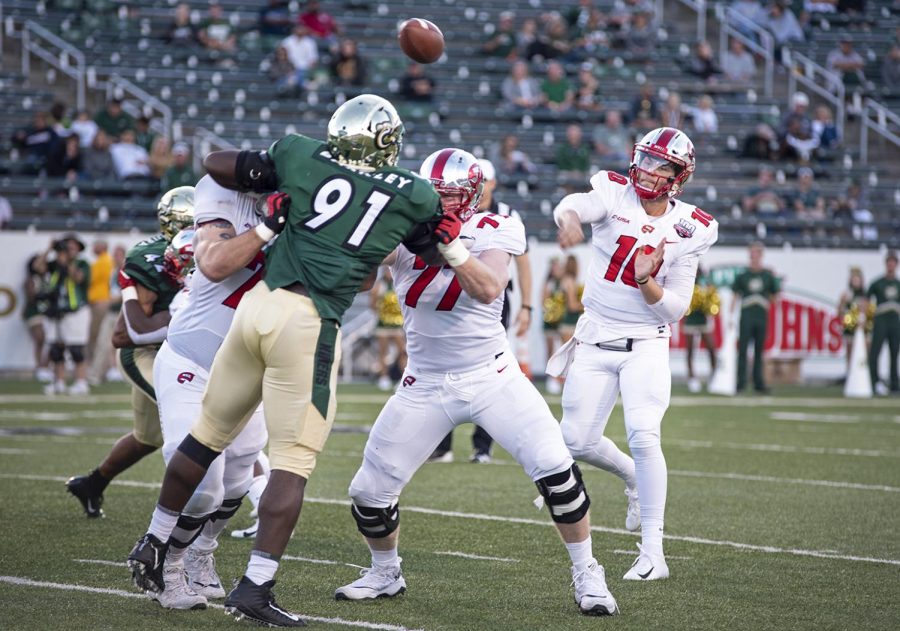 The loss to Maine seemed as deflating as it could get for WKU football, but a loss to Charlotte—a blowout loss at that—is a new low point for the Hilltoppers in 2018.

The Hilltoppers headed to North Carolina Saturday with a chance to get back to .500 in a conference that anyone could win this year. They had two weeks to prepare thanks to the bye in Week 6, and yet they were tossed aside by a Charlotte team that is only six years into its football history, suffering a 40-14 loss, the largest margin of victory Charlotte has ever had over any Conference USA team.

After seemingly revitalizing its season with a road win against Ball State, WKU has now dropped back-to-back games, one in heartbreaking fashion and the other in demoralizing fashion. Sitting at 1-5 for the year and 0-2 in C-USA play, the opportunity to salvage anything from this season is getting away. WKU would need to close the season 5-1 to even be eligible for a bowl game this year, and there are four games on the schedule against teams with a win percentage of .500 or better.

It’s still just the halfway point of the season, so in theory there’s still time to right the ship. At this point, a 5-7 season would seem like a good bounce back given the disaster the Hilltoppers have gone through so far.

Bounce back or not, odds are this team will be the first Hilltopper team to miss a bowl game since 2013, which would be a huge step backward for a program ranked 24th in the season ending AP Poll just three years ago. It’s also looking more and more likely that the 2018 Hilltoppers become the first team since 2010 to finish the regular season under .500.

“I do think this is uncharacteristic, and this is not who we are,” head coach Mike Sanford told the media after the Charlotte loss. “And I’ve got to find a way for us to get out against Old Dominion with another great opportunity against a team that obviously didn’t play well in this stadium either. We’ve got to play a whole lot better.”

The sentiment of “this is not who we are” is one that Sanford has preached time and again this year. It usually comes in the form of him saying that he still has faith that his team is really good and is really close to making a breakthrough.

Usually, that makes sense. Especially when the team lost three games by three points or fewer in a span of four weeks. Changing one play in each of those games could have WKU sitting at 4-2 right now. But after being trounced by 26 points against a team that has yet to put together a single winning season, it certainly doesn’t feel like the Hilltoppers are close to that breakthrough anymore. Maybe this is who they are: a 1-5 team that is no better than its record shows.

As Sanford mentioned, the Hilltoppers have Old Dominion next, another chance for WKU to get its first C-USA win this year. Old Dominion has the worst in-conference record in the league, sitting at 0-4 in C-USA play and 1-6 for the year as a whole. Yet the Monarchs’ one win came against Virginia Tech, a team that was ranked 13th in the nation at the time, so this game is anything but a sure thing for the Hilltoppers this week.

The Hilltoppers are now walking a dangerous line, and one loss in the next couple weeks would likely seal their postseason fate.