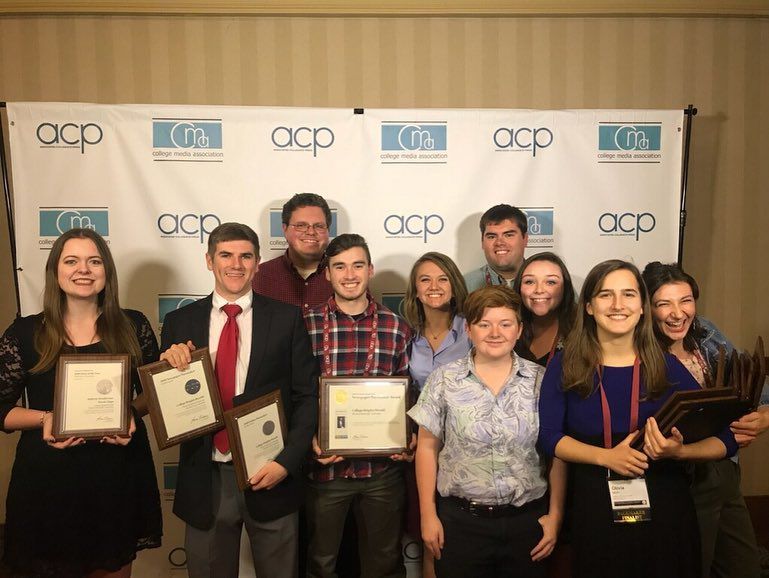 The Herald was named a winner of the 2018 Newspaper Pacemaker, the highest honor for a college newspaper. This is the 17th Pacemaker for the Herald.

Additionally, former Editor-in-Chief Andrew Henderson and senior Nicole Ziege placed fifth for News Story of the Year with their story “Fearing for My Life,” in which former Student Government Association president Andi Dahmer told about her harassment experience as president in SGA.

Current Herald Editor-in-Chief, senior Evan Heichelbech, received an honorable mention for sports story of the year with “For Life,” a profile of Roger Osborne, a lifelong WKU basketball fan with terminal cancer.

Junior photographer Nic Huey and alumna Brook Joyner received an honorable mention for Illustration of the year with “Side of Fees.”

The Herald and Talisman were also named finalists for 2018 Online Pacemakers. Pacemakers are awarded to student publications across the country to signify excellence in journalism.

Cooper also received an honorable mention for sports photo of the year.