City leaders receive flu vaccinations to ‘Focus on the Flu’ 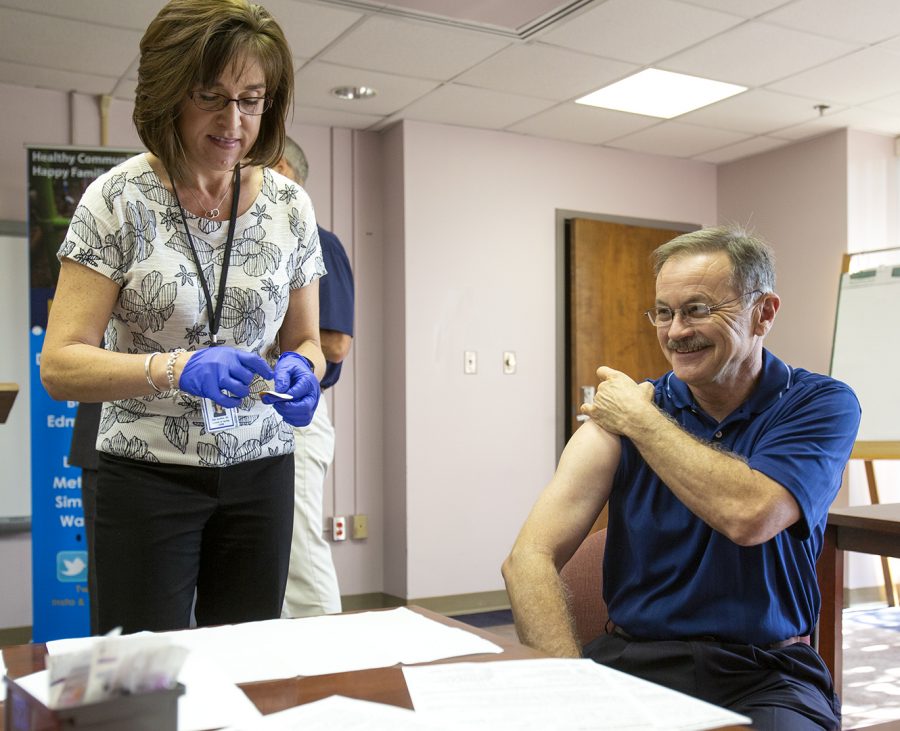 This is the first year that the Kentucky Medical Association partnered with the Foundation for a Healthy Kentucky to advocate for statewide flu vaccines. Chandler is the CEO and president.

“I believe that the flu is a very important issue and one that people unfortunately don’t take too seriously,” Chandler said. “The flu is not the common cold. The flu can kill, and it has killed.”

Chandler noted the importance of receiving a vaccine this year partly because of last year’s large outbreak of the flu. He said the flu cost Kentucky over $350 million in direct and indirect costs last year and killed 325 people.

“Getting your shot is an issue for you personally so you don’t have difficulty with the flu, but it’s also an issue for our community in general,” Chandler said.

He dispelled a common myth that surrounds flu vaccinations that the vaccine itself can get someone sick. The CDC reported that flu vaccinations are “inactivated (killed) and therefore not infectious.”

“Sometimes we can be the vilest of offenders when it comes to being proactive and taking preventative measures,” Chaney said.

Student Government Association President Stephen Meyer had planned to attend the event but cancelled due to illness.

Pennington, a graduate student studying public health, said she had noticed an effort around campus to educate and promote flu vaccinations.

The WKU Gilbert-Graves Clinic is offering flu shots for the public. Without insurance, they cost $46.

“I’ve seen a couple of emails sent out talking about [vaccinations]”, Pennington said. “It’s especially important to get when you live on campus in such tight quarters. One person getting sick can create a domino effect.”