Lady Toppers in control of own C-USA Tournament destiny 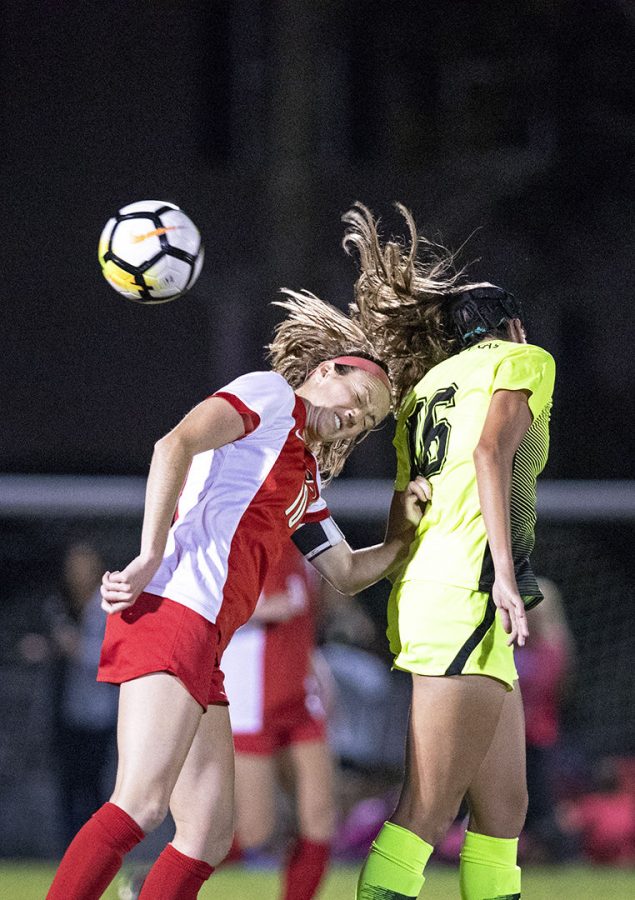 The WKU soccer team finds itself on the outside looking in when it comes to the Conference USA tournament picture, but the Lady Toppers are knocking on the door.

Following Friday’s overtime loss at Alabama-Birmingham, WKU sits at ninth in C-USA standings with eight points and a 2-5-2 record in conference play.

The Lady Toppers are tied with Texas-El Paso and two points behind Marshall. WKU controls its own destiny as the Lady Toppers welcome the Thundering Herd to Bowling Green for the season finale on Friday. Marshall is coming off of a 2-2 tie with Louisiana Tech on Sunday.

After the first half of conference play, it was nearly impossible to imagine this Lady Toppers team would be in any kind of position to compete for a conference tournament spot. As part of a five-game skid earlier this season, WKU dropped its first four conference matchups, capped off by a 4-0 loss to Old Dominion.

The losing streak caused head coach Jason Neidell to make changes to the starting lineup to try and kickstart the Lady Toppers. Freshman Ambere Barnett was moved to the front of the attack, and sophomore Ashley Leonard replaced WKU’s most prolific scorer, Chandler Backes.

On the first weekend of a four-game homestand, the lineup changes immediately paid dividends. Leonard netted a hat trick in her first career start, and Barnett was named C-USA Offensive Player of the Week. The Lady Toppers scored four goals apiece in matches against Florida International and UTEP to get their first two conference wins of the season.

Following draws against nationally ranked North Texas and preseason conference favorite Rice, the Lady Toppers headed back on the road to Birmingham, where they fell 2-1 to the Blazers.

The four-game homestand provided the Lady Toppers with all the points they have toward the conference standings. WKU gained three points each for its wins over FIU and UTEP and added on two more with draws against North Texas and Rice.

The Lady Toppers aren’t the only team fighting for the eighth and final spot in the tournament. UTEP sits tied with WKU after the Miners tied with ODU Sunday. Texas-San Antonio is level with UTEP and WKU as well.

For WKU, a win against Marshall on Friday is a must to have a shot at the tournament. Because the Lady Toppers are currently two points behind the Thundering Herd, a loss or tie wouldn’t change that deficit.

UTEP and UTSA will also meet on Friday, but the Lady Toppers would make it into the tournament with a win over Marshall regardless of the result.

If WKU and UTSA both win on Friday, the Lady Toppers would finish with 11 points and sit alone in the eighth spot, thus making the conference tournament. A WKU win combined with a UTEP win would still give the Lady Toppers the eighth seed thanks to their head-to-head win over UTEP.

If WKU makes the C-USA Tournament, the Lady Toppers will face whoever brings home the regular season conference championship. North Texas and Florida Atlantic are tied atop the conference standings with 22 points, though North Texas has two games left to FAU’s one.

For the Lady Toppers, Friday’s regular season finale is a win-or-go home situation. The match is scheduled for 6 p.m. Friday at the WKU Soccer Complex.