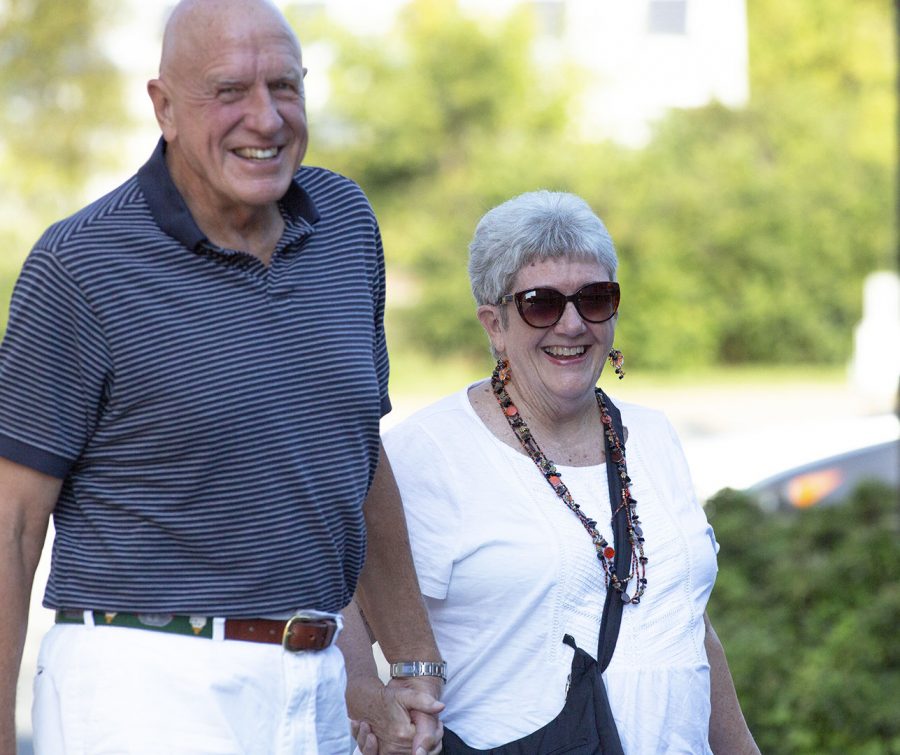 Hilltopper alumni Mary Lou and Chuck Doblestein begin their anniversary day where they met 50 years ago at EA Diddle Arena September 6 in Bowling Green. Mary Lou needed one more credit to graduate in 1968 and Chuck had to put his college career on hold because his Draft number came up shortly after their elope. Eight members of their family have attended or are currently attending WKU.