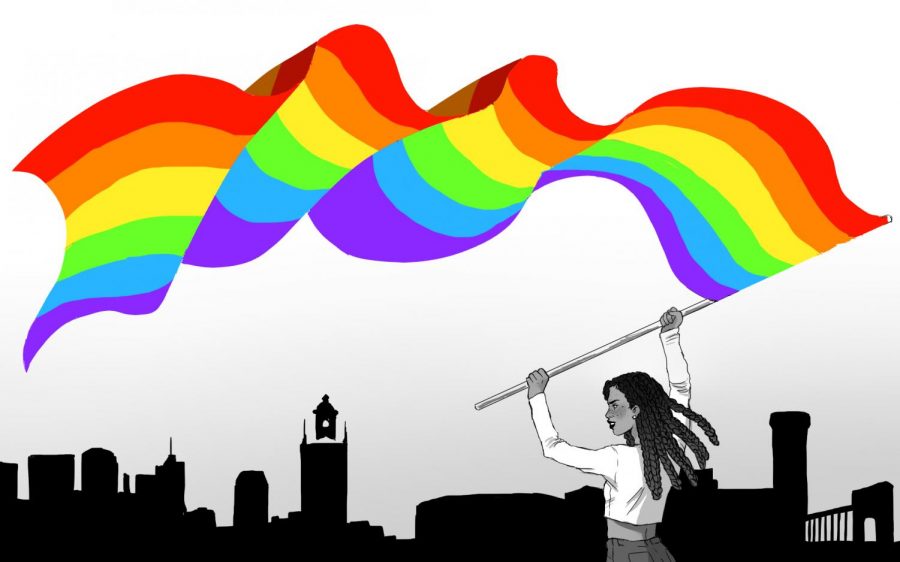 Our stance: Safe and empowering celebrations like pride are important to the LGBTQ community.

Bowling Green’s second-ever pride festival is a testament to how far the town has come, but it reminds us how far we still have to go.

The bright colors of pride flags, glitter and vibrant outfits illustrated a picturesque community identity that members and allies can rally around once a year. Pride is a wonderful expression of all things LGBTQ. It means parties, self love and community love, but it also means remembering a time where coming out and being out couldn’t be so overt.

The history of LGBTQ people’s experience in the United States is long, and a national acceptance and enforcement of their rights as individuals is short.

It has been less than 50 years since the Stonewall Riots, a series of protests in response to a police raid of a gay bar in New York City that spurred the gay rights movement. It has been only five years since the Supreme Court ruled that the Defense of Marriage Act (DOMA), which stated that the legal union of marriage could only occur between a man and a woman, was unconstitutional.

The LGBTQ community has been marginalized since the conception of the country and their rights of expression and anti-discrimination have been largely violated. We don’t learn about gay history or receive education on gender and sexuality beyond a binary construction in primary school. There is anti-LGBTQ rhetoric pervasive throughout modern politics. As of 2016, the official party platform of the Republican National Committee stated, “Traditional marriage and family, based on marriage between one man and one woman, is the foundation for a free society.” Their platform additionally condemns the Court’s decision to overturn DOMA.

We have made strides as a nation, but there remain barriers that the LGBTQ community continue to fight against. LGBTQ members and allies have been working in grassroots movements and in legislative chambers to secure their rights, but they have received pushback at every step.

There is a national fight that manifests itself in small-town battles, and Bowling Green is no exception. Advocates in Bowling Green have been working since 2012 to pass a fairness ordinance as a means of updating civil rights laws in the town. The ordinance aims to prohibit “LGBTQ discrimination in employment, housing, and public accommodations,” according to the Fairness Campaign’s website.

The fairness ordinance has been introduced in Bowling Green City Commission but has not received enough support to be passed.

The Fairness Campaign is a sponsor of Bowling Green’s pride festival and continually acts as an ally to the local LGBTQ community.

The drawbacks of legislation and social stigma are a good reason to celebrate pride, but they are merely the negative underbelly of an uplifting experience for the community and their allies. Pride festivals are proof that there is comfort in numbers, and that there is hope for a more colorful and tolerant tomorrow.

It’s a reminder too, that this group refuses to be quiet, ashamed or invisible. They are proud.

Pride has its roots in a demand for equality and has manifested itself into a positive force for change and community empowerment that small towns like Bowling Green often overlook. Taking a look back at our roots is a reminder that progress—no matter how frustratingly slow—is the national historical trend.

Pride goes beyond embracing tolerance—it praises the expression of diversity.