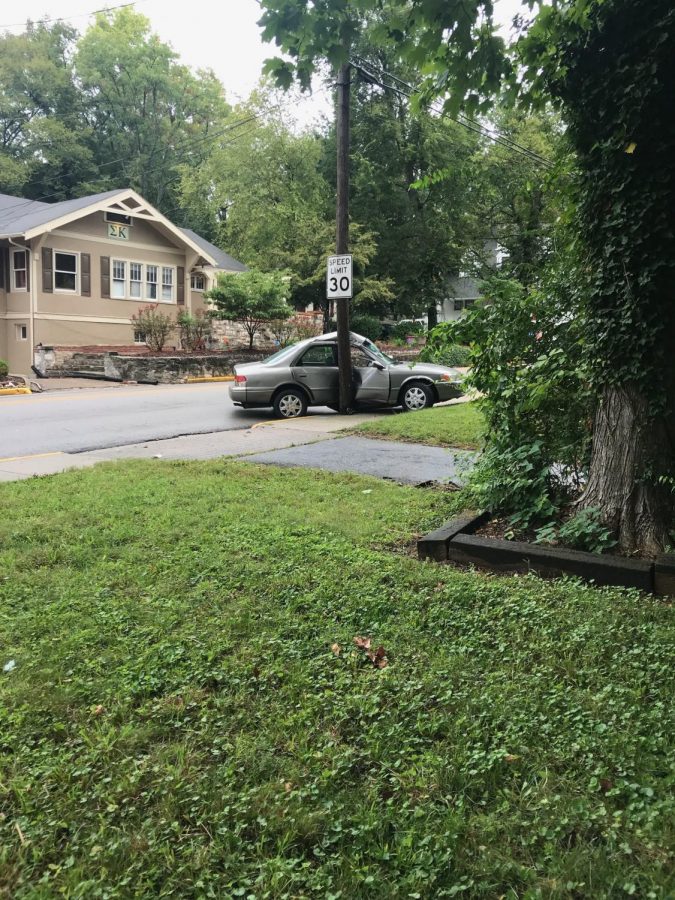 A car hit a telephone pole Monday, Sept. 17 morning on Chestnut Street. The area was blocked for about two hours after the accident. Photo provided by Meghan Ashley

One person was taken to the hospital after a car accident which blocked off Chestnut Street this morning.

BGPD officer Ronnie Ward said a car struck a telephone pole on Chestnut Street. The driver of the car was unconscious and taken to the hospital. He said the area was blocked off for a while after the accident, so police could reconstruct the accident and get all of the details.

Senior Meghan Ashley who lives near the accident, said she was working on homework when she heard a car skid and a “clump of sound,” around 10:55 a.m to 11 a.m. When she went outside, she saw someone running to the car.

Photos from the accident show the car was wrapped around a telephone pole, with the passenger side making direct contact with the pole.

Ashley said drivers near the accident attempted to get the driver door opened where the person involved was laying down and unconscious. She said she believes the person woke up right before an ambulance arrived and was responsive.

Around 1 p.m., Ashley said the police and traffic had cleared.

Ward was unable to confirm if the person involved was a student.