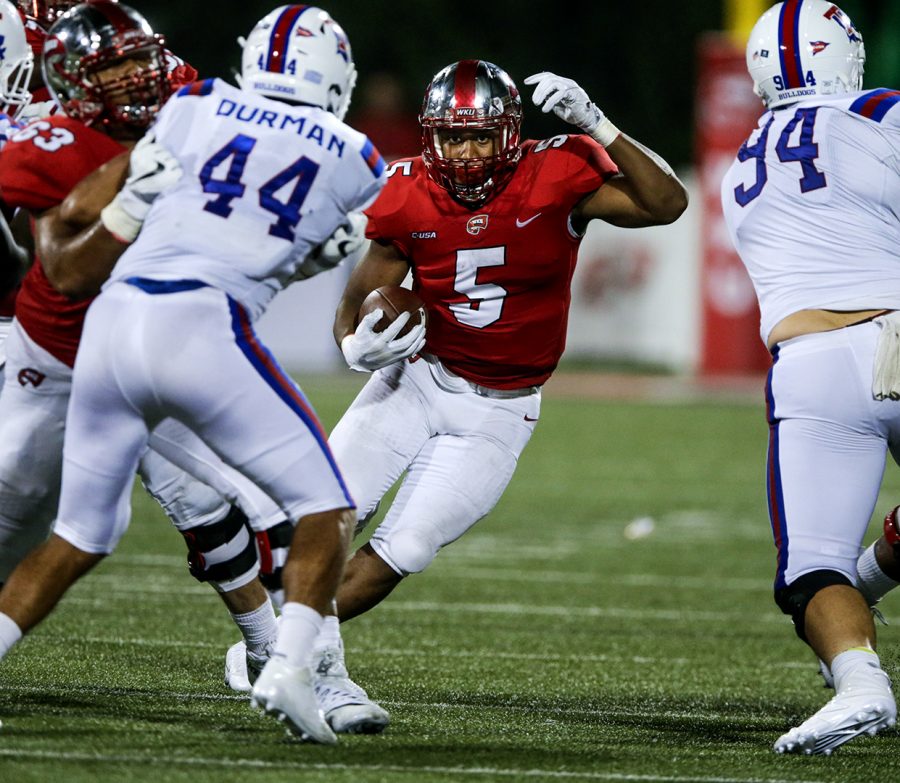 Redshirt junior Marquez Trigg has announced that he will leave WKU football via Twitter on Tuesday, saying that he plans to transfer after he graduates in December.

Trigg has 12 yards on nine attempts through three games this season. As a redshirt freshman, the 6-foot, 220-pound running back ran for a career-high 298 yards on 71 carries, which gave him an average of 4.2 yards per carry.

Trigg is a Glasgow native who graduated from Glasgow High School.

In addition to Trigg’s departure, redshirt freshman running back Joshua Samuel said Tuesday that fellow running back D’Andre Ferby had surgery after the Louisville game. Specifics on the surgery were not revealed.

Ferby led the team in rushing yards last week with 74. He currently has 102 yards on 22 carries this year, both of which are team highs.