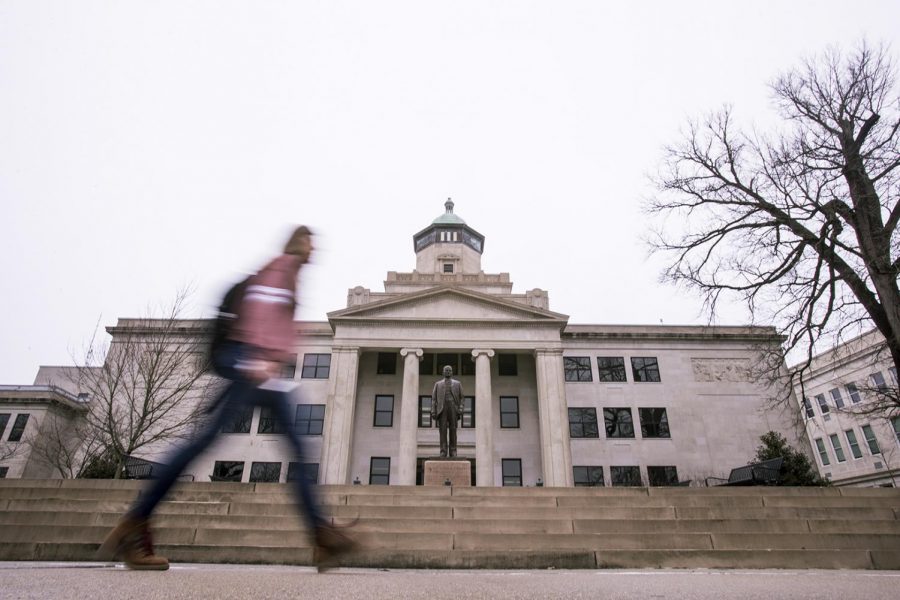 A student walks in front of Cherry Hall on Feb. 22.

WKU received an “F” grade in a new study by the University of Southern California Race and Equity Center examining racial equity at colleges and universities in all 50 states, as well as two “B”s and one “C.”

WKU received a “B” in representation equity, which measures Black student enrollment to reflect representation among 18- to 24-year-old citizens in that state. According to the report, 9.7 percent of students at WKU are Black, while 10.6 percent of 18 to 24 year olds in Kentucky are Black.

WKU also received a “B” in gender equity, which is measured by the proportion of Black women’s and Black men’s enrollment in the undergraduate student population compared to the national gender enrollment distribution across all racial and ethnic groups.

WKU received a “C” in Black student-to-Black faculty ratio, which is 35-1, according to the report. Every other Kentucky university received either an “A” or a “B”, ranging in ratio from 30:1 to 12:1.

To improve Black student graduation rates, the study points to research indicating that high school preparation, affordability, financial aid and high levels of engagement inside and outside of classrooms strongly influence college completion.

“Giving institutions the resources they need to strategically address longstanding racial inequities must be among state and federal policymakers’ highest priorities,” the report states.

The study also discovered that Black students drop out of college because of the racism they frequently encounter on campus.

“Once institutions have data about how Black undergraduates differently and specifically experience the racial climate, various stakeholders across campus must begin to strategically address students’ encounters with racial microaggressions, racist stereotypes, erasure in the curriculum, and overt forms of racism,” the report states in its recommendations to universities on how to improve its equity.