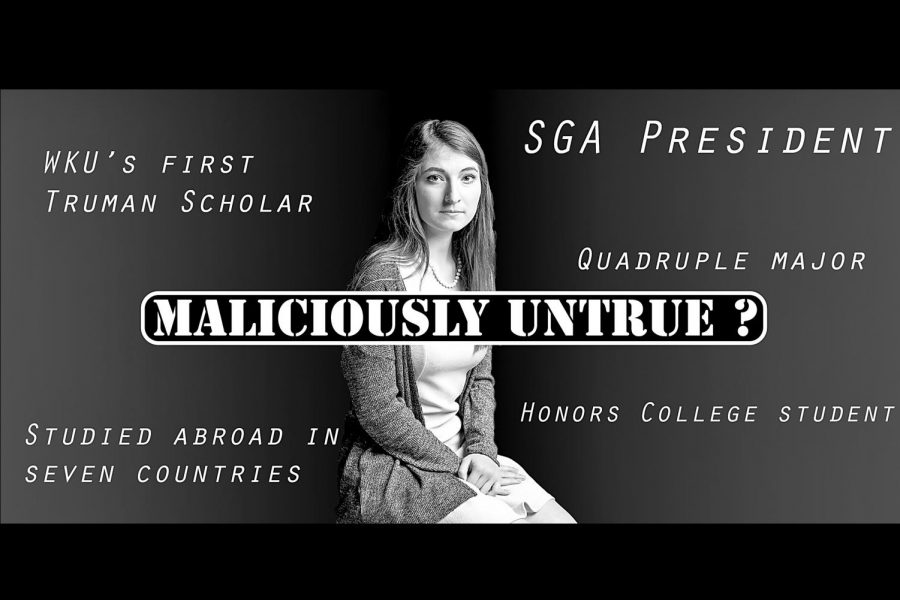 Our stance: A confusing chronology of rhetoric has developed in the time since Dahmer’s story first unfolded to the public. Caboni’s initial response was to form a committee and investigate the EEO, Student Conduct and Title IX processes. Now, the university has taken a firm stance against Dahmer, whose claims in the lawsuit are extensive and, if true, appalling.

“No student – or employee – should feel threatened or unsafe on our campus.”

That was the first sentence from a statement released by President Timothy Caboni in direct response to a story regarding harassment Andi Dahmer said she faced in 2017-18 as Student Government Association president.

But looking back nearly five months later, those aren’t the words from Caboni’s initial statement that stand out most. The words from his statement that jump off the page now are “respect,” “professionalism” and “collegiality” — three concepts WKU has apparently forgotten, judging by its most recent statement in response to a lawsuit Dahmer filed last week against WKU, Caboni, Assistant General Counsel Andrea Anderson and Director of Student Activities Charley Pride.

Instead of being respectful to the situation and professional and collegial in its response, the university dismissed Dahmer’s case as “frivolous” and said her claims are “maliciously untrue.”

The rhetoric just doesn’t add up.

Here’s a quick rundown of what has happened so far:

In April, the Herald published a story about harassment allegations made by Dahmer against fellow SGA members. The same day the story broke, Caboni issued a statement saying he was “assembling a group of faculty, staff and a student to review the structure, processes and procedures surrounding EEO, Title IX and Student Conduct.”

President Caboni told the Herald editorial board in August that the committee is expected to have a report about recommendations regarding these processes completed by early October. Dahmer’s lawsuit accuses WKU of multiple instances of negligence and violations of Title IX policies.

So while WKU undertook formal steps to address potential weaknesses of key policies regarding student safety as a result of Dahmer’s situation, the university now seems to dismiss her claims.

This is what Caboni said in April in forming the committee: “We expect members of the WKU community to maintain professionalism, collegiality and respect as they interact and engage with others.”

As WKU now faces legal consequences as a result of Dahmer’s lawsuit filed in U.S. District Court and requires defense of its actions, that “collegiality” and any sympathy along with it appears to vanish. The statement released last week is harsh. It frames Dahmer as a vindictive liar rather than a student who believes she was failed by the system.

Shouldn’t “professionalism, collegiality, and respect” apply to a student who called the administration out on shortcomings?

Finally, the university’s statement last week undermines the integrity of its own efforts to ensure WKU gives adequate consideration to students who believe they have been a victim of misconduct under Title IX.

The university’s strident language makes the Title IX committee assembled in April seem like a knee-jerk reaction to a reputation under threat, and appears more like a PR initiative than a commitment to ensuring student safety.