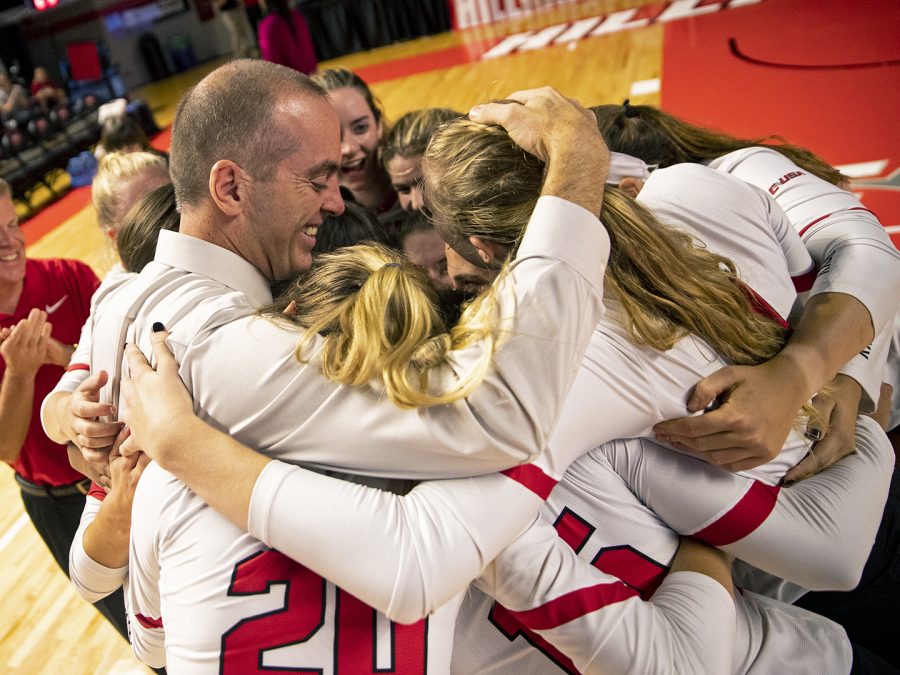 “It’s been a trying year for me and my family in a lot of ways, and it’s nice to have a night where something good is going on,” Hudson said. “I’m just so blessed to have this life that I’ve lived and have been able to do it here in Bowling Green and at the school that I attended and call home.”

This milestone is part of what has been an eventful year for Hudson. The Lady Topper head coach suffered a heart attack in April but has recovered to remain the team’s head coach for a 24th season.

“When you realize where this program has come from and all the amazing kids who have come through here and I’ve watched grow up and grow into young women,” Hudson said, “I’m certainly appreciative.”

With 15 regular season conference titles and nine conference tournament titles, Hudson had a .744 winning percentage coming into the season. The Lady Toppers added two more wins to its tally this weekend, moving to 11-5 on the year, and giving Hudson his 601st win.

Senior Rachel Anderson said the number of former players and people from the community that came to support Hudson show the type of coach he’s been in his time on the Hill.

“It’s just so awesome—the accomplishments he’s had,” Anderson said. “To be here the past, almost going on four, years—and all the wins that we’ve had, multiple 20-win seasons, and every year when we set goals—we have such high expectations because we have so much trust in him.”

The Lady Toppers will return to the road after nine straight matches as they face Southern Miss on Thursday, Sept. 27, in Hattiesburg, Mississippi.