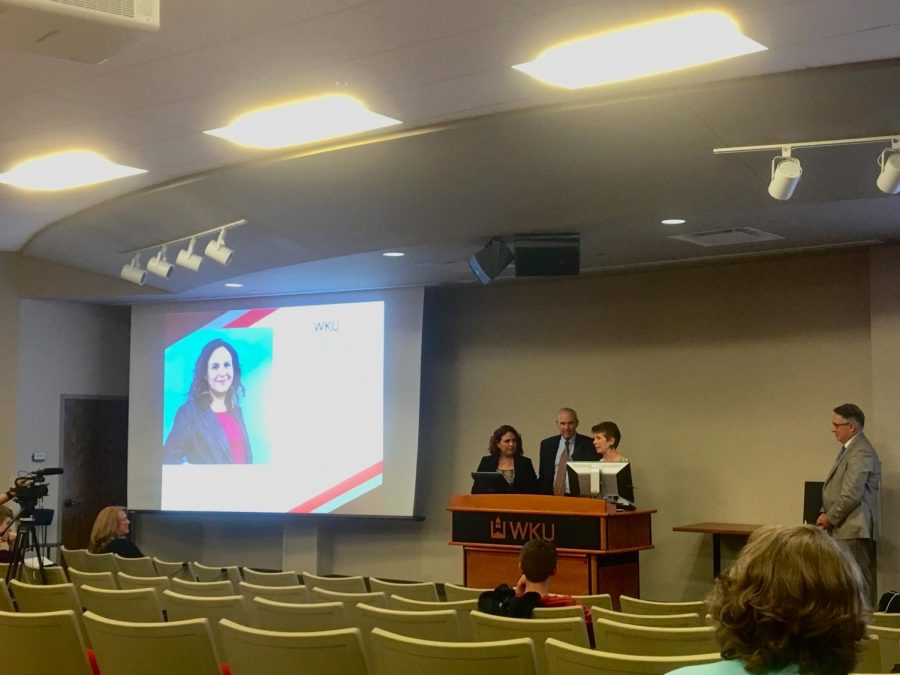 Marcela Turati was honored by the Courageous International Reporting award by sponsors Kim Greene and Jon Fleischaker for her coverage of the drug war in Mexico that began in 2006.

After then-President Felipe Calderon declared war on drug cartels, she said it was her duty as a journalist to go out and tell the stories of the victim’s families.

Turati is one of the founders of Periodistas de a Pie, which translates to “Journalists on Foot”. The organization works to defend journalists’ right to free speech and expression.

Turati founded the organization Fifth Element Lab after a colleague and friend was killed publishing an article which upset the drug cartels. The lab pushes the Mexican government to investigate deeper into journalism murders throughout the country.

She also received the Louis Lyons Award in 2013 for conscience and integrity in Journalism by the Neiman Foundation at Harvard.

The Neiman Foundation described Turati as a standard for journalists who risk their lives to record the devastation and violence in Mexico.

After receiving her award, Turati said it would be shared with her colleagues in Mexico and is dedicated to the memory of her friends that have been killed throughout the war.

When asked about how she finds the push she needs to keep sharing the stories of victims, she recalled a time when she went to Juarez to cover a massacre, and was confronted by a native who asked her why she did not come earlier.

“There have been migrants and passengers killed, and we have been trying to reach out for months,” the person told Turati. “It feels like nobody is listening.”

Marcela Turati said situations like the one in Juarez and knowing there are people out there with a story to tell is what keeps her going.

To aspiring journalists wanting to cover similar news, she persuades them “to prepare mentally and to choose your stories wisely.”

“Not all stories are meant to be shared at the moment they are reported,” Turati said.